Howdy - completely new here, but I can't quite seem to find what I'm after. I just bought a 2006 MegaCab 5.9 after over a year of searching....aaaaaand the seats are as terrible I've read. So, I have found a set of 2013 Longhorn Laramie seats to do a front swap (back will come when I am lucky enough to find a mega back seat to match).

For now, all I need to do is get the power adjusting working and can't find any wiring diagrams that match these longhorn seats. Of course, I'd love to get the heat / vent working too - but one step at a time.

The difficult part - the 06 has manual seats - so not much to work with under there. It seems to have a harness that does more than carry the seat belt signal back to the dashboard - perhaps some power in there.

Anyway, if anyone has the wiring diagrams or some some insight on how to power these things up, I would certainly appreciate it. 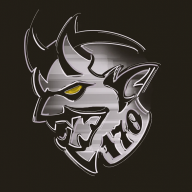 Go to the DIY section and at least get your FSM. There is most likely a larger (may be red, may not) wire that would be a main hot lead in but probably doesn't have power. You're gonna have to put a CB in the TIPM to activate the circuit. The BEST way to do this (which is not the way most people do it) is to unpin the connectors from your old seat and use it with your new seat. FYI your seat belts won't interface with the 4th gen seat belt receptacle (unless they changed something in 2006) and you'll have to swap your old receptacles on to the newer seats. This also has the advantage of not having to futz with the seat belt wiring and p!ssing the truck off. You'll only need the hot, ground and seat belt wires. Be very careful because some of those later seats have airbags in them and all it takes the right stray voltage to set one off. Once you're done though, it's a nice seat; this is my 2003:

Yours will most likely be different, but this is what I ended up with; made it basically plug and play. Any of the extra wires (heated seats, etc) I kept out of the way and taped up just to be sure. Larger orange w/red and black w/white are the hot & ground, the small green wires are the seat belt connector. 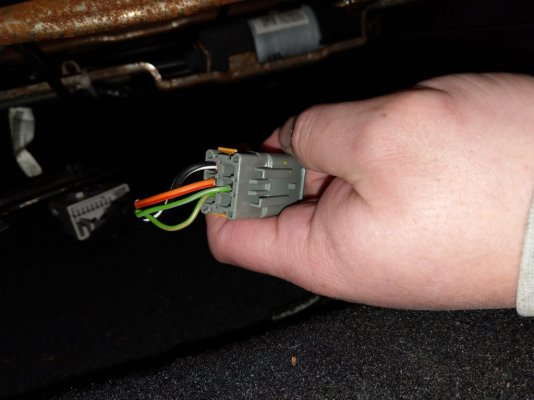 Thanks - this is a great start. Forgive my ignorance - what is the "FSM" I need to find in the DIY section?

And that interior looks amazing! Two questions: How difficult was the install of the center console and is that an aftermarket steering wheel cover you stitched on?

JimG96 said:
Thanks - this is a great start. Forgive my ignorance - what is the "FSM" I need to find in the DIY section?

And that interior looks amazing! Two questions: How difficult was the install of the center console and is that an aftermarket steering wheel cover you stitched on?
Click to expand...

Factory Service Manual (there's a sticky in the DIY section). Thanks! No, that is a Grant aftermarket wheel: https://www.summitracing.com/parts/grt-64037 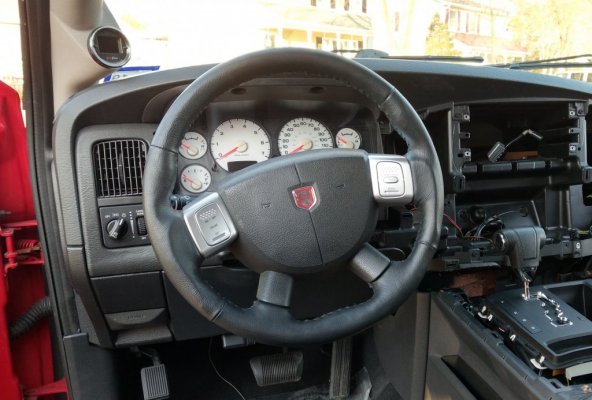 The console install was alot of work because I literally had to cut up my dash. Would actually be easier for you because your dash is different, this is an 06-08: https://www.ramforum.com/threads/big-red-over-time-pic-heavy.17732/page-4#post-1979468 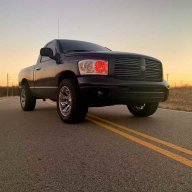 I believe most 4th gen seats come with two loose connectors, one gray and one yellow. The yellow one primarily works with the airbags in the seat, so its best to leave that one alone unless you really know what you're doing. In the gray plug there is two large 12 gauge(ish) wires, one red and one black. Just send 12v to red and ground the black and you'll have your power movement and power lumbar. If I remember correctly there is a constant 12v feed even on the base wiring harnesses right under the seat, but if not you could splice into one of the cigarette lighters. On my 2006 I ended up running my own fused connection.

Heated/Vented seats is a whole other animal. In the 4th gens the heated seats module (HSM) mounted under the drivers seat controls all of that via a more complex form of CAN-bus communication with the body computer, which isn't something that our trucks can feasibly interface with. I bet with a bit of splicing and an aftermarket controller it could be hard wired to work, but it would take time to figure the wiring out. I've considered looking into it but I haven't had any time recently to look into it.

Perfect - this sounds much easier than I was thinking after chasing wires under the seat.

I need to get a new cushion for the drivers seat and was thinking aftermarket heaters anyway - I've read the thermostats for the factory heaters communicate with the BCM.

Interesting on the seatbelts - I had planned to swap the old buckles over to the new seat. I'll see how that works out.

What I'm now stuck with is I have the 40/20/40 seats and it seems the jump seat brackets are integral to the seat frame. I had planned on re-using it - perhaps the best bet is to get a 4th gen console? Does the AC duct remotely come close to lining up with the vents in the new console?