I apologize if this has been discussed before. I am going to drive 3500 miles. I am on a 91 hemi fever tune. What it hurt anything if I drove very conservatively on 89 octane fuel? 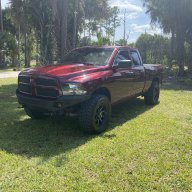 Better off running an 89 tune to reduce the chances of knock. I actually got an 89 tune specifically because of gas prices. I don’t think there is much power difference from 89 to 91 unless you are really racing all the time.

I actually have an 89 tune in my Diablo Sport hand held. But the Diablo Sport handheld for my Mustang crapped out on me. So I have no faith in those things. And I’d rather not take a chance on getting a tune half loaded two days before I have to leave. 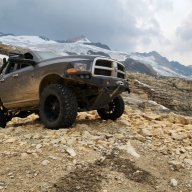 The timing is advanced in the 91 tune. I wouldn't put 89 in . yeah those Diablo tuners brick so many ECUs im not even sure why people still bother with that junk.
S

3500 miles would be too much for my liking for that. If you can't get an updated tune in time, probably best to bite the bullet and run 91 the whole way. $100 extra in gas better than long term damage or breaking down. 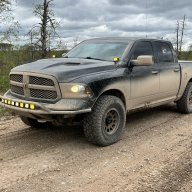 Could always load the stock tune back on for your trip. Should be saved in your tuner.

Dan, I don't trust that Diablosport hand held device. I've had one, about the same age, for my Mustang go bad. Diablo sport won't do a thing to help. They did give me some really bad advice, which I didn't follow.

I did my own experiment on my own truck last week while I was on a big trip. I have nothing to gain or loose by not telling the truth in my findings. I have a '12 Ram 1500 with the 5.7 Hemi. 4.10 gears, Vararam CAI, a Diablo sport tuner with a Hemifever 87 and 89 tune on it. I've had this tuner for about 1 1/2 years and 15,000 miles. I have it on the 87 tune also. I have a camper shell on because we are going on a week long camping trip. Ended up being 2600 miles total. With everything we had for the whole week (which was a load) I guessed we had around 1000 lbs. in pay load. Went from NC to New York on the east side, went west into and through the Adirondack mountains which is absolutely beautiful this time of year. Riding along the US/Canada border, went East over to Niagara Falls. We stopped at more waterfalls than I can count through the Adirondacks. Also around Ithaca and what they call the finger lakes, Watkins Glen, waterfalls everywhere. I ran 89 octane on the first half of the trip and 87 octane on the second half. According to my evic I couldn't tell any difference in MPG. I couldn't tell any difference in performance either. (I know as a mechanic of 45+ years there has to be a difference but it was marginal). I averaged 18.1 MPG by the evic and 17.5 calculating by hand. To me that was great with the load I was carrying, the mountains we were driving in, the stop and go traffic we was in while in the New York city area and the 70 to 75 MPH driving we was doing on the interstate roads. I have now around 140,000 miles on the truck and it never missed a stroke. Tickled to death with my truck and the great time we had on the entire 8 day trip! Hope this may help someone else.
You must log in or register to reply here.