My 2009 Ram 1500 came with the basic RES stereo with AM/FM/satellite radio and CD player. The previous owner had replaced it with an inferior Kenwood unit + Axxess CHTO-03 that was needlessly adding 28 mA of parasitic battery draw. I wanted to install a backup camera and also fix the parasitic drain. 28 mA isn’t that much, but it was a lot higher than stock.

This might be kind of crazy in hindsight given the limitations of the Uconnect stuff from 2009, but I decided to do my radio replacement and backup camera completely as stock. I got an RER radio with navigation/Bluetooth and the Mopar backup camera kit. This was cool, but I realized that with this combination, the truck would have also come with the auto dimming rear view mirror with the microphone built in. I know I could have just bought a mic, but I decided to go crazy and wire up the factory harness to add the auto dimming mirror instead…for fun I guess!

I followed all of the stock backup camera installation instructions, including the scary part: splicing into the backup lamp feed for powering the camera (on 2009: TIPM C6, pin 5 = white with red stripe). While I had the TIPM out for that splicing, I also paid attention to the factory wiring information for the auto dimming mirror. It turns out that the only complication for adding the auto dimming mirror is that it needs two wires from the TIPM. This mirror is pretty "dumb". It doesn't have any special CAN bus communications or anything. The wiring is just power, reverse, ground, and the microphone. Anyway, the two TIPM wires I needed to splice were:

I pulled those two wires through the same "grommet nipple" that the backup camera kit uses. That was quite a struggle because it wasn't meant to be big enough for those two additional wires, but I got everything through with lots of patience and help from my neighbor.

Anyway, I programmed the truck to add the backup camera using Appcar DiagFCA so I wouldn't have to bother with asking the dealer to program it for me, and everything worked great. I kept those two wires ready for the future, and obviously I covered the ends up with some heatshrink and electrical tape so that they wouldn't accidentally short out because that wouldn't be fun at all.

I just stuck the GPS antenna on top of the radio. It sticks to it magnetically, fits just fine, and picks up a signal with no problems.

Now fast forward to this summer, I finally finished up the auto dimming mirror. This is where this post probably gets more interesting.

I started out by installing the factory mirror to harness cable. I decided to hardwire a dashcam at the same time, so I zip-tied my dashcam power cable to the factory cable before I installed it.

To install the cable, you basically just need to drop the front of the headliner down. I was able to do this by removing both A pillar handle trim panels, the visors, and the clips that hold the other end of the visor in place. I didn't take pictures of this process, sorry! 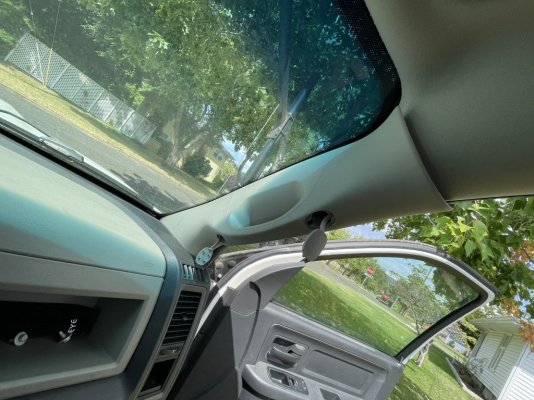 This loosened the headliner enough so I could reach in and pop the factory cable into place. This graphic from the service manual helped me see where everything was supposed to go. The little Christmas tree clips on the factory cable lined up perfectly with the holes in the metal so it was pretty easy to figure it out. 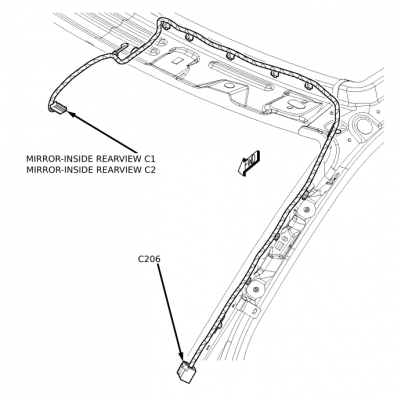 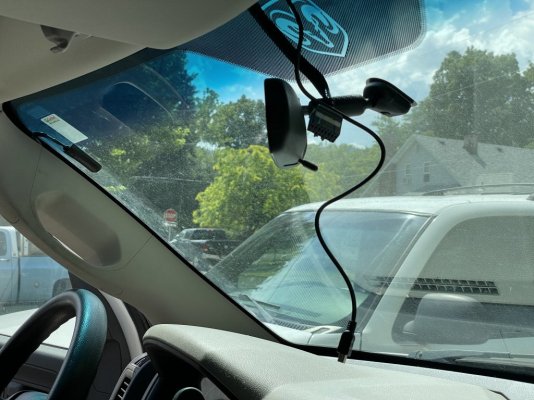 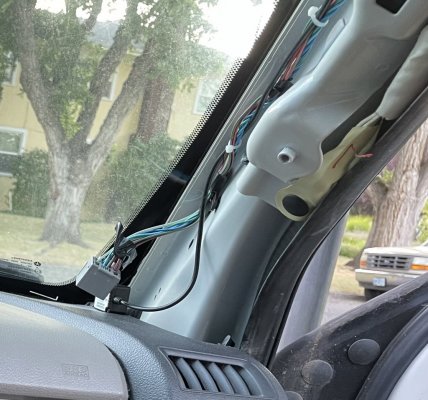 Now, all that was left was making a special cable that plugs into the connector pictured above. The little black box behind the connector is my dashcam hardwire kit, you can ignore that.

My custom cable pinout is listed below. Pin numbers are the numbers on the 10-pin Yazaki connector. I started with the Uconnect jumper cable and cut off the wide end that would go to the factory Uconnect wiring that my truck doesn't have. The jumper cable wasn't long enough to reach from the radio to the A pillar so I had to solder additional wire onto it to extend it. Then I crimped pins onto the extended wires.

Here is the cable with everything except the 2 wires from the backup camera install. The big long wire is the ground wire, I cut it to length once I found a ground to use.

I fit the cable into place inside the dash along with the 2 wires from the backup camera install, neatly grouped the wires together with zip ties, and finished up the connector. Then it was just a matter of routing the new wiring, I tried to follow the big factory harness as much as I could. 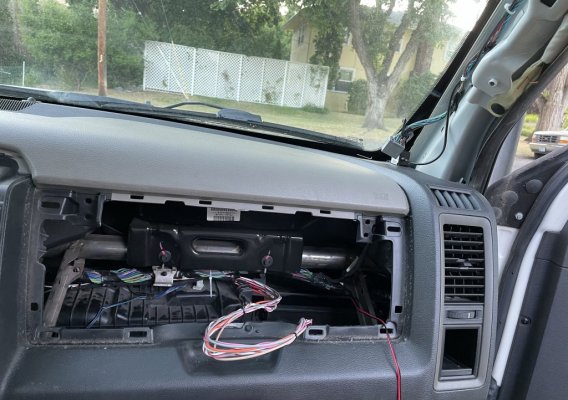 In the next picture you can see my dashcam wiring and the ground I used for the mirror cable: 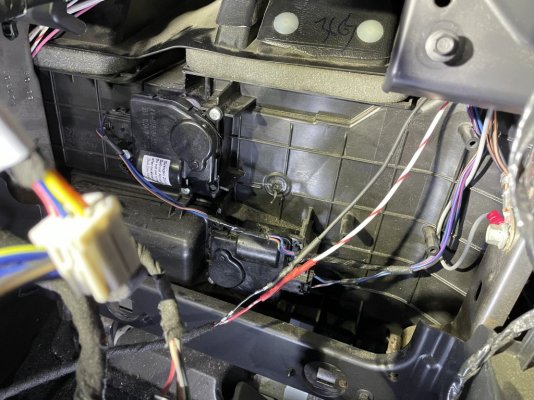 Here is my custom cable plugged into the newly installed factory A pillar harness: 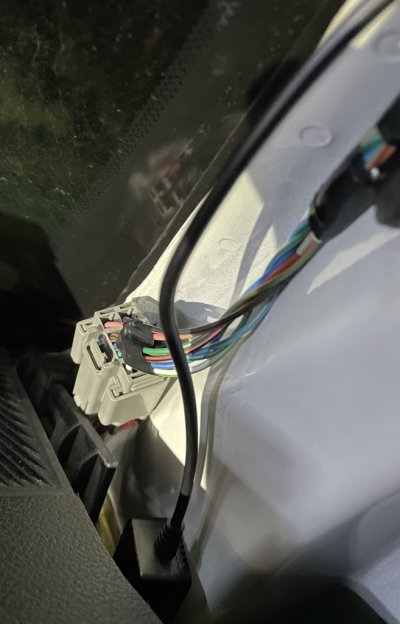 I'm very happy with the end result. It's basically the same wiring as if it came from the factory, just slightly messier because it's not bundled inside the existing group of wires. I routed the dashcam along a similar route but left it separate from the other wires so it's obvious it's not part of the "factory" wiring. 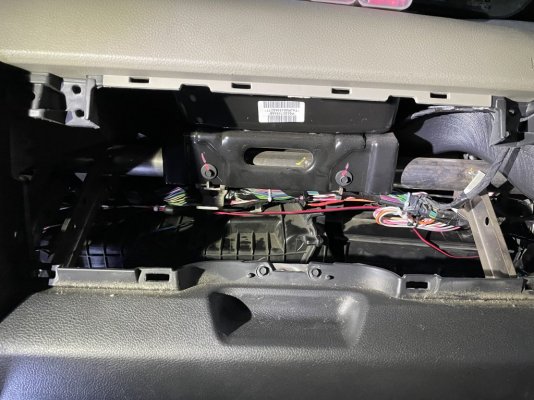 Here's how everything looks all closed up: 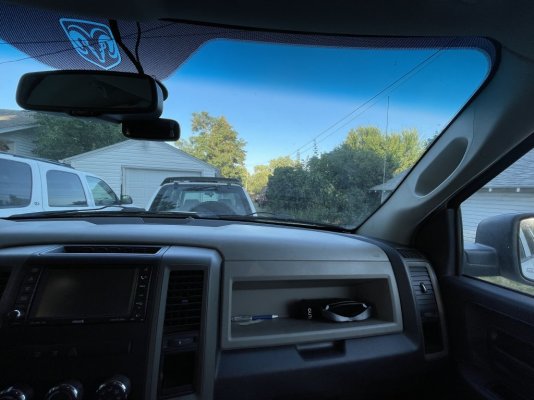 The auto dimming mirror works fine, and so does the microphone in it. I probably put way more effort into this project than it's worth, but it feels good to have added a new factory feature with very minimal cutting of the original wires! The only cutting I did to the factory harness was the two splices during the backup camera installation. 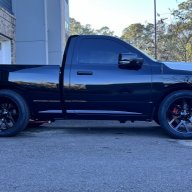 Thanks! I hope this helps someone out there!
You must log in or register to reply here.