Anyone have a rear end noise sounding like wheel bearing going out?

I have a stock Ram 1500 3.6 with the 3.21 open dif, and within the last few thousand miles, I've started hearing what I perceve as a wheel bearing noise. I've ordered the mopar rear end lube and a cover gasket and was going to go in and take a look. If the fluid is sparkly then that's probably whats going on. I can hear it the most when the road surface is smooth. I can't hear it when the windows are down or cracked open or when the road surface is rough. So it's not to loud yet. I'm planning on doing a wheel bearing test for the fronts and was going to jack up the rear, place stands on the axle and run it up in drive. The noise starts becoming noticable around 45 or so and more so around 60. Placing it in neutral while going 60-70 dosen't seem to effect the sound, so I'm not to convinced that it's actually the ring and pinion, maybe the bearings?

Any thoughts, anyone else experienced this with their truck?

you don't have to pull the cover, there's a drain plug on the side to what the fluid looks like before cracking the diff open.
Check the mid-shaft bearing if your truck has one. Start with the front bearings, they're a little more common place to fail than the rear.
OP
OP

Thank you. I failed to mention that this is two wheel drive. Sorry. 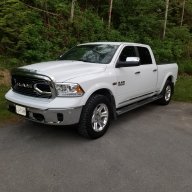 Jack it up and spin the wheels first. Good chance you'll hear which wheel it is that way unless it's early stages in which case it's hard to tell over the brake pad drag. The fronts are more common than the rear 2wd and 4wd. Once they start making noise it isn't long before the problem becomes far more obvious. The diffs don't seem to fail very often. Usually that type of noise is a wheel bearing.
J

Ok, I guess I got a little carried away, but here's what I would do if it were my pick-up ...in this order:

1) Perform a Swerve-Test. That is, drive it where you can hear the noise, then swerve left, then swoop right in long swooping curves and note if the sound is slightly louder or worse one direction or the other. Probably goes away when the load is reduced on a particular side.

2) Do the emergency brake test. If your truck allows ....when you hear the noise, depress the emergency brake a smidge ..then a little more ..and listen if the noise is reduced. Don't continue to drive with the E-brake on... just do is w/o driving very var like that. It's just a test. The theory here is the brake shoes inside the rear drum (rotor) will center the wheel and remove some of the weight off a rear wheel...enough to reduce the noise -- if that's where the noise is eminating from. If you hear the noise reduced as you do this, then it's probably a rear wheel bearing. But if not, then it may be elsewhere (it could still be the rear wheel bearing though).

3) Check front wheel bearings/hubs: Sometimes sounds can 'seem' like they're coming from the rear, but might not be. With the front raised, wiggle each wheel vigorously withh your hands in the 12:00 - 6:00 position. There should be NO movement.

4) Listen to Front Bearings: Using a long wooden stick (like a broomhandle), run the front wheels (vehicle on jackstands), and put one end of the stick to the bearing region of the front spindle, the other end to your ear. Press the wood stick against your hear kind of hard. You can literally "Hear" the bearings inside. If you detect roughness, grinding, etc, then you know that's the one. Even if they 'feel' tight, they could be grinding inside if a bearing has a chip, flat-spot, or the inner spacer is coming apart.

5) Driveshaft Center Bearing: If your pickup has a center rear driveshaft support bearing, push up/down on the center bearing, feeling for freeplay ...and rotate the driveshaft (trans in N). Might even want to do the wood stick test on and listen to that bearing. They DO fail, and can howl.

6) Rear Axle Bearing Test: Lift up on each rear axle (vehicle on jackstands). Best if you remove the wheels first. The axle rides on the raw bearing rollers (like a GM axle) ...so if there's wear you may feel some up/down movement. But ....if you have it up on jackstands with the wheels off, and you're considering removing the rear cover anyway (esp if you don't find the problem with the front wheel bearings), why not spend a couple easy minutes and pop out the axles and have a good look? You could have some spalling going on the axle surface, and it might not show up by lifting up/down on the axles.

Hint: Before you pull out the rear axles (but have the vehicle supported, wheels off), inspect the rear gears by eye and rotate the Pinion (by hand -- rear driveshaft unhooked). If you feel some 'roughness' or grinding ...it probably indicates a pinion bearing going out. By doing this step BEFORE you remove the axles, you won't have to worry about the spider gears falling out ...and having to waste time working them back in place. After you've done this, then pull out the axles and check the axle bearing surfaces and bearings. If it looks good, I would pull out the rear bearing seals and install new Mopar ones (since you're there). Or bearings if you detected free-play. Otherwise, rear wheel bearings can go 200k+ mi (probably 300k+ if you don't tow/haul much) ...so if they seem 'good', no reason to replace a good OEM bearing with el-cheapo Parts Store bearings.

7) Driveshafts/U-joints/CV's: While you're at it, inspect all these. It would be a good idea to remove the rear driveshaft U-joint, put the tranny in N, and feel the bearing caps for 'roughness' and the center bearing for play and also 'roughness'. You may want to pull off the rear U-joint end-caps and inspect the trunnions for fluting, etc. Same with the front D/S ...or at least rotate and push/pull to inspect free-play on the splines and joints . Inspect the tranny output by pushing up/down at the rear driveshaft to inspect the 'freeplay' at the back of the tranny. There may be a minor amount, but not much (that bushing can be easily changed if needed by the dealer). Inspect the front CV half-shafts as well.

8: Conclusion. If you go about it as described above, you should uncover the problem and may even find a few future 'potential problems' fairly quickly which you or a mechanic can get on, and avoid an on-road *situation*.

I may be lazy & old, but
i would look in a free local paper, like you find in some retail stores
look for a Free Inspection Coupon for an Alignment Shop or places like Pep Boys & Firestone
They will inspect your front end & tell you what is good or bad.
You are not committed to have work done there, you can thank them & leave
J

Thats an option. It all depends on how good the tech is and how much time they spend on it. Some guys are great and if ya get someone like that, it's a godsend. On something that requires removing the axles, it'll probably require some paid work, but that may be worthwhile if they haven't found anything. 'Free checkups' can usually spot the obvious problems, like a floppy wheel or obvious bearing. But if they put thieir mediocre guy on it an owner could also head down an expensive parts-changing journey too. Definitely take it to a shop ya trust. There's temptation to do more than is necessary when you take a truck in and ask them to find the noise.

But by the tone of the OP's remarks it sounded like he had some diagnosis skills....
OP
OP

Thanks guys! ive done the swerve test but nothing sounds any different. ive done the neutral test at speed test same result.
Jeepwalkers process sounds very thorough. thanks for posting!

Just waiting for a nice day to do the other tests.
J

While you're at it, also check the lube levels of the rear diff (before you remove the cover ...if you get that far), & front diff and the xfer case levels.
OP
OP

Well the front and rear tests didn't reveal anything noticable. So I've seen scotty with a sound tracer microphone setup that he uses to find noisy bearings, but I don't know the cost. 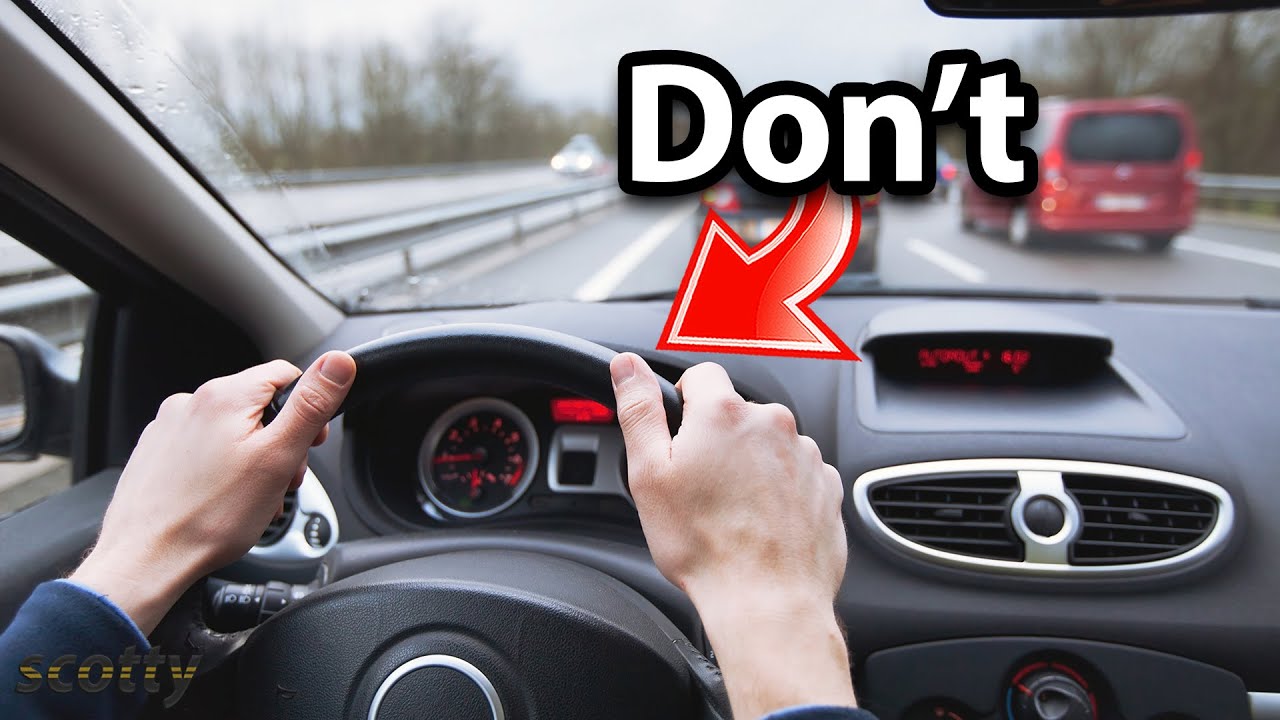 Doing This Will Destroy Your Car's Wheel Bearings and Suspension

Wheel bearings. A Sad Day for Lexus and Toyota Owners, DIY and car repair with Scotty Kilmer. Wheel bearing failure. How to tell if wheel bearings are bad. H...

An asside though, boy oh boy did the computer get pissed off! I got a traction control, service now error on the dash. and unhooking the battery overnight didn't get rid of it. Called around and no auto parts place would do a free clear of the faults. Said it was illegal.

So I was at a loss until I backed it out of the driveway and before I went 20 feet the faults went away on their own.

Crap! I hate computers!
You must log in or register to reply here.