1989 Dodge Ram w150 5.9 often doesn't start appears to be neutral/park switch. I replaced the switch but no change. Local mechanic says there's a arm inside the transmission which may be bent or broken. This is just a plow truck, anyone know how to bypass the wires on that switch so it will start?

I realize the value of the switch and the risk it could start in gear. It's not a daily driver and not driven often. 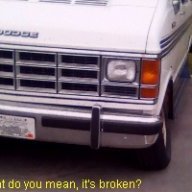 The BR/YL wire from the tranny switch is connected to the starter relay (PIN 2) and simply grounds when in neutral to engage the starter motor. On the 1991 models the BR/YL also connects to the ECU but on the 1989 models it connects directly to the ignition switch via the starter relay. Also, have you replaced the starter relay itself? They also wear out after 30+ years! (usually working intermittentently before failing completely)

I've highlighted the neutral safety circuit (BR/YL) in blue on the diagram. The yellow box on the bottom left is the 1991 circuit for the ECU 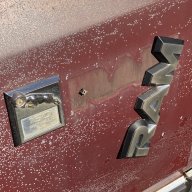 The middle wire grounds the starter relay circuit. The outer two are for the backup lights.

Thanks B250 and threewheeler80 this diagram is great. We replaced the switch with one from a parts supplier and so far it seems to be working. Per the shop who obtained it for me the one I got from an auto parts store was bad and the one they got costs more but is better quality. Don't you love installing a brand new part that works no better than the 32 year old one? Thanks all
J

Update, the one from Oreillys was bad. Got second new one from a parts supplier to a local auto shop and it works. Hate that
You must log in or register to reply here.

R
Another 4.7 Engine Tick - Anything else to try before engine rebuild?