Eaton TrueTrac Oil, What are you guys running?

Hi, I am going to be getting a TrueTrac in my Camaro, What oil do you guys recommend? I run Amsoil 75-90 now and have plenty on the shelf, I am getting mixed answer when searching.
I run Torco RGO 85-140 In my Ram truck that has a TrueTrac in it.
Should I run the Torco 80-90 In the Camaro?

They have not made a Non Synthetic brand recommendation, And if you search enough they say Synthetic is okay and other places it is not. So there is no cut and dry answer.
J

Eaton's recommendation is 80w-90 non-synthetic with no friction modifiers. I personally picked up a couple quarts of Valvoline today for my Trutrac install.
R

I used non-synth, I think Valvoline as well, in both my truetrac rear ends. no issues yet. of course, I tend to have short service intervals for my vehicle fluids.
N

When I put the TrueTrac in My Ram they told me to use OE Weight fluid which is why I am running the 85-140.
My Camaro which is next to get True Trac and why I started this post is 80-90 Weight.
D 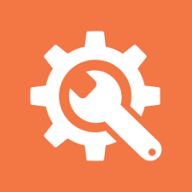 Trutrac is a helical gear LSD and doesn't rely on friction modifiers to allow slight clutch slip, so why would you run an old conventional dyno lube in it? It will work no differently either way, but it probably would appreciate the added shear and thermal stability of the synthetic, along with its ability to resist corrosion.

I run synthetic with a touch of friction modifier in my RAM's factory clutch LSD and it locks both tires nicely.

DO NOT FILL YOUR FACTORY CLUTCH LSD WITH NOTHING BUT SYNTHETIC WITH THE LSD ADDITIVE ALREADY IN IT OR YOU'LL ONE-WHEEL-PEEL TILL YOU DRAIN IT. Use the synthetic without the additive and then add it back in as needed. The stuff that already has it is made for grandpa and it will make your diff act like an open diff most of the time.

Is your Camaro making loads of power and hooking big drag tires on a prepped surface? What about that ring and pinion lash? Got soft "pro gears" in it for massive driveline torque? How bout extra lash for endurance racing at elevated temperatures for 24 hours at a time? If you don't do this stuff with it, then you don't need a thicker oil or Torco. If you aren't trying to make clutch plates lock up under hard grip and torque, you don't need a dyno oil.
Last edited: Jan 21, 2022 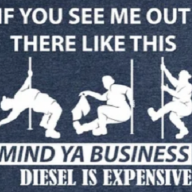 "Detroit Truetrac A quality petroleum GL5 rated (mineral) based oil is recommended. Synthetic oils may also be used if desired per axle manufacturer’s recommendations. Friction modifiers should not be used however, as they will decrease overall performance (reduce differential bias)."

When I had the Jeep with F&R TTs, I did my own gear oil change after the break-in (500m IIRC). When I had them installed, I had the mechs use LubeLocker Diff gaskets. They made the change easy peasy. I forgot to get an extra batch of fluids for the refill after the break-in drain. The place that did the install was a 200+ mile roundtrip. Around here it was impossible to find any gear oil without FM added, and calc'd it was cheaper to go get MOPAR fluid than to order it or make another trip.

http://m.eaton.com/ecm/idcplg?IdcService=GET_FILE&allowInterrupt=1&RevisionSelectionMethod=LatestReleased&noSaveAs=0&Rendition=Primary&dDocName=CT_128302
You must log in or register to reply here.

Longtubes with Cats, what muffler/exhaust are you running and does it drone?
2