pacofortacos said:
Do you get no charge if the plug is off of the alternator?
Also check both pins on the alternator and see if one of them gives continuity between the pin and ground (alternator case).

"Started engine by jumping it
Removed ground jumper cable from jeep so that it's no longer getting power from donor car
Voltage kicks up to 17V
I then turned it off. I didn't get the chance to ground that wire that I had jumped from the connector. This is the exact same behavior as if I didn't wire the voltage regulatorup in the first place."

That regulator controls the ground side of the field.
Click to expand...

pacofortacos said:
my 2001 dakota manual shows it as ungrounded also. Same as the diagram I attached.

Here is a 2006 Ram charging diagram.
It also shows it as ungrounded except by the wiring from the PCM.
Click to expand...

I'll be darned. Thank you for this document. I think I'll gonna try swapping the alternator and see if that does the trick. I'll update y'all in the morning. Thank you.

I just remember bits & pieces about the charging/ignition systems

Back in the 1950s, they had a Generator , a voltage regulator & a resister, the ignition & the starter.
When i was in the junk yards, i would grab every resister that was handy, if a car did not start & the battery had a charge, we tried the Resister next.

I forget when Mopar first began installing Alternators, but the Voltage regulator was still mounted on the Firewall.

At some point, Mopar was receiving too many complaints, because the Batteries were Over Charging.

I do recall that the Internal Voltage Regulator was controlled by the Computer & the computer will only allow the battery to charge up to something like 85% & then the voltage regulator cuts off.

That kept the Batteries from being over charged
More recently, hot rodders are going back to the External Voltage Regulator, because they need more than 85% of their batteries power
P

One more thing that I just thought of - are you trying to run the whole thing without a battery in the Jeep?
Since you mentioned jumping it and removing the jumper, I wasn't sure if you were trying to do this without a battery.
You need a battery and it hooked up for it to work.
OP
OP
K

pacofortacos said:
One more thing that I just thought of - are you trying to run the whole thing without a battery in the Jeep?
Since you mentioned jumping it and removing the jumper, I wasn't sure if you were trying to do this without a battery.
You need a battery and it hooked up for it to work.
Click to expand...

Update: I went to O'Reilly's and I tested pin 1 on their alternator. It is grounded, too.

Turns out the '07 is different than the '06 and it can't be controlled using the external voltage regulators. Thankfully the '06 is a direct fit onto the timing cover just like the '07, the only difference is the connector. 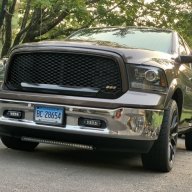 Sounds like a lot of work. Look at adapting another brand/style of alternator that have a simpler activation. With The termX I have on my LS swap i used a factory GM LS alt and used the Single wire harness that just connects to ignition 12v and your done. Your just figuring out mounting and making sure the belt/pulley lines up. Or you can go with a Holley alternator designed for the 5.7 Hemi Truck but doesn't require the factory PCM to work. 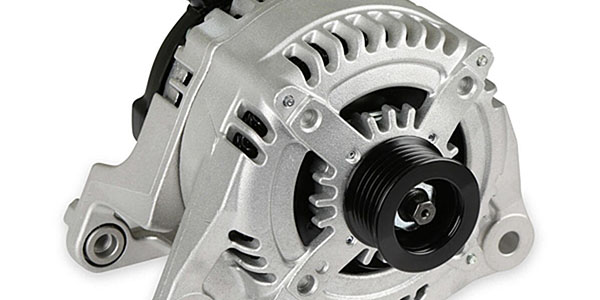 This Holley Alternator is sure to make a great alternative to a factory alternator for a Gen III Hemi engine swap.

One of the challenges with a Gen III Hemi swap is getting the factory alternator to work correctly. The factory ECU is required to control (excite) the Mopar factory alternator, but you may not want to use that ECU since it was designed for a production vehicle with security and other factory...

My understanding is that the Hemi has a externally regulated system from the PCM and used PWM to control charging in a closed loop with the battery voltage sensor on the battery + terminal. At least this with the newer 4th gens. In a PWM system Normally the system never sees full ground or full voltage (usually 5v) so the voltage range might be .5v to 4.5 but pulsed at a specific frequency. They style of regulator you have is for an older style system and won't work. 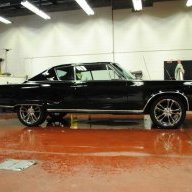 My suggestion get a good battery, if you are trying to fix electrical issues with ajunk battery that could be part of the problem
You must log in or register to reply here.