After thinking about it, I don't know if it would work correctly for you or not even if you have the clearance.
I don't know if the calibration would be correct since the trucks that it fits also have an electric fan.

It would be up to you if you want to try it.
It should fit in an USPS medium flat rate priority box.
OP
OP
E

That’s exactly what it sounds like. I’ve also removed this last fan clutch heated it up and cooled it off the needle in the middle turns as it should when hit and returns to Original position when cooled. 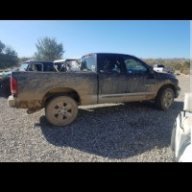 A fan clutch is a mysterious creature that is not easily tamed or caught.

on a serious note, lets think on how a viscous coupled fan clutch works!

When the fan is not exposed to high temps from the air moving through the radiator and onto the fan clutch, the fan clutch catches the viscous fluid in it's reservoir, keeping it out of the sheer plates, and allowing the fan to rotate with minor friction against the water pump. (it free spins easier) this is because the motor and fan are cool and do not need the fan for cooling.

When the fan clutch is exposed to operating temp air moving over it's center spring, the spring rotates, and allows a passage to open so the viscous fluid can move into the sheer plates, this fluid being in the sheer plates causes friction and binds the fan to the water pump, it's not a 100% locked state, it can still be moved by hand, but you should feel the resistance.

What I have found, are two common issues.

1.) The viscous fluid either does not exist, or has leaked out, or dried up (not sure which) and the fan always freely rotates and never really does it's job.

2.) The viscous fluid does not return to the reservoir keeping the fan in high friction mode, even after it has cooled.

My truck always suffered from #2.

It dawned on me one day why I suffered from #2, I always turned my truck off when it was hot... which is obvious, it's been running and driven. the fluid does not just go back to the reservoir all by itself, it needs to be pushed into the reservoir by some force. So every morning when I would cold start my truck, let it warm up and get some temp on the gauge, I would start to drive and the fan sounded like a ups truck. If I hopped on the throttle and forced the fan to spin, it would eventually move the fluid back to the reservoir and get quiet.

I really had to nail the throttle to make it happen.

So when I hear someone say a fan clutch is bad when it sounds like a jet engine... I can't wrap my head around that... To me that means the fan clutch is "locked" either because it is at temp, or because it hasn't warmed up yet.

A bad fan clutch is one that never locks up and just free spins. Then when you need a fan, you don't have one.

I am sure that a fan clutch could fail in the "locked" position, and it would always sound like it was locked, hot/cold or otherwise.

But I find the best way to test them now:
go out to the vehicle when the vehicle is cold, grab the fan and spin it. It should feel tight for a few spins then loosen up.
take the vehicle for a drive and get it up to operating temp. Park it and turn the motor off. Try to spin the fan. it should still turn but it should be as tight as it was cold, and it shouldn't loosen up within a few spins.

at the end of the day, fan clutches suck. A good E-Fan with some fail detection logic works best. Check out Derale PWM fan controllers and brushless fans. Been using them with tons of success lately at the shop. 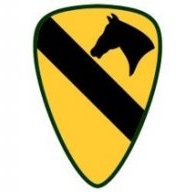 I just had my fan clutch replaced by my mechanic an it sounds like a school buss, so after a couple of weeks I took it back over today to show him, he drove it, heard the loud noise, let the trans shift into over drive, the RPM's go back down . Now back at the shop, he opens the hood, an you could feel plenty of air being moved, but it seems like its not letting go. 1st thing in morning its loud. does this sound like a bad fan clutch also?
I

El Gato Felix said:
New here, my first Ram truck, like it so far. Anyone know why fan clutch will not diss engage at all. This is 3rd one I’ve tried and they all do the same. OE one diss engages after 3k RPM. Bearings are bad that’s reason I’m replacing But I can’t figure this one out.
Click to expand...