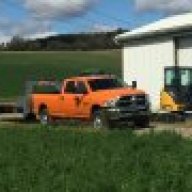 For the 2018 model year RAMS, the 8.4 Radios were changed from the previous VP3/VP4 Harman radios to the 4C/4C-Nav radios made by Panasonic. The biggest advantage of these new 4C Radios is the support for Apple CarPlay and Android Auto. The radios themselves fit the same mount as 2013-2017 RAMS and the radios require no special programming to work. They read the BCM of the truck just like the VP3s/VP4s. However there are some known issues and components that need to be changed to make it work 100%.

Thanks to MPGRIMM2, RICKS RAM, 00R/T, and STDECO for volunteering to test these radios in their trucks. As a result, we have had them working in a 2013, 2014, 2015, and 2016 trucks. We have tested seats, backup cameras, cargo cameras, android auto, apple car play, and most of the radio's standard functionality in these models. 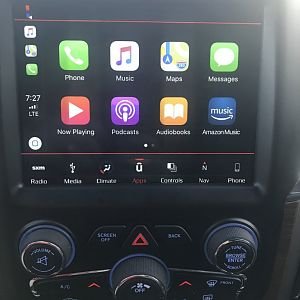 RADIO
It is important that you get a radio that has the correct mount as the mount is now forged as part of the radio housing. Even though a radio out of an 18 Charger/300/Durango/etc will technically function the same as the RAM radio, the mount will not fit the RAM. Can these radios be modified to fit in a RAM.. Maybe, but I wouldn't recommend it. I broke a screen trying to transplant a UAQ radio into an existing VP4 mount.

It is also important that you get a MY18 radio. All MY18 radio part numbers start with 683.... The RAM themes are only available on MY18 year radios and the firmware must be at least version 18. There is a round colored dot on the top of each radio that has a number in it that reflects the firmware version that the radio had on it when it shipped from the factory. Anything less than 18.7 may have functional problems. It is possible to upgrade radios with older versions of software (I have upgraded to 18.14 all the way from 15.5 on one radio) but I also had one fail the upgrade process. Be wary of "AA" revision radios as they are really a crapshoot of what you are actually going to get. 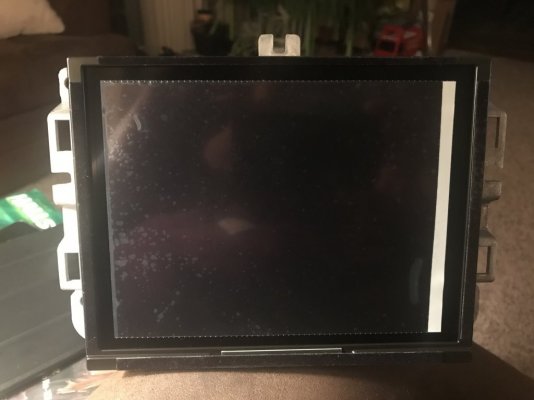 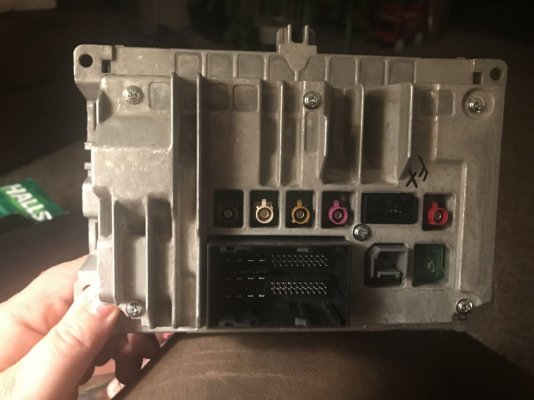 The media hubs in pre 2018 RAMs will not work with the 2018 Radios. Unfortunately RAM changed the form factor of the media hub in the 2018 RAM Trucks. The 2018 hubs are oblong in shape compared to the square 2013 - 2017 hubs. The closest compatible hub that will fit the existing opening is the compass hub. It is not an exact fit, but it generally fits. Changing the hub in a center console truck is easier than changing it in a jumpseat equipped truck.

The connector on the rear of the media hub is also different, so a conversion harness will need to be built to adapt the current 6 pin connector to the 8 pin on the new hubs.

Jump Seat Insert Replacement
Trucks that have a jump seat can order part number 68376066AA which is the insert with the correct cutout for the 18 RAM USB Hub. The cost is around $95. MPGrimm2 has recorded several videos showing how to change the insert.

Radio Soft Keys for the Heated/Vented Seats and Heated Wheel will not work on 2013 and 2014 trucks (They will be on the screen but will be grayed out).

Radio Soft Keys for the Heated/Vented Seats will be missing on trucks that added factory heated/vented seats.

Settings menu may not reflect correct setting options on 2013 trucks.

Backup Camera button may be missing on 2016 and 2017 trucks. (Camera will work when in reverse, button on radio is missing).

Grabbing this one if needed..

Just an 'issue' update for those installing the UAQ/UAS radio in their truck...

** EDIT: adding ATC option fixed issue on all cases including those where HVAC module swap didn't and allowed 13-17 modules to work **


We have identified the correct 18 HVAC modules ...

** Please see my post in CircuitGuy's Dash swap thread, post 40, for details about the panel light wiring mod if installing this in a 13-17 console truck (or it may drain the battery just plugging it in)** 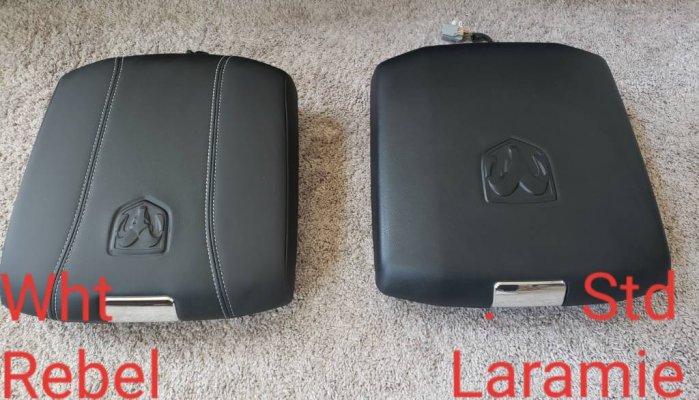 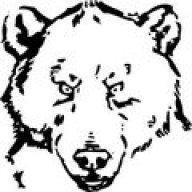 DeereGuy said:
Heated/Vented Seat/Wheel radio buttons will not work on 2013 and 2014 trucks.
Click to expand...

Well, there go my plans to get one. I really can't live without my wheel mounted audio controls.

kad said:
Well, there go my plans to get one. I really can't live without my wheel mounted audio controls.

You misread that. Just the heated seat/heated wheel functions via the radio's menus. (For now)

Mpgrimm2 said:
You misread that. Just the heated seat/heated wheel functions via the radio's menus. (For now)

Ah, thanks for the clarification.

CuylerTech said:
I have 3D printed adapters to use the 2018 Hub in a 13-17 lid with slight dremeling but will fit and look mostly stock.
Click to expand...

Are the adapters for the console or the jump seat?

kad said:
Well, there go my plans to get one. I really can't live without my wheel mounted audio controls.

@Mpgrimm2 is correct. I changed the wording to better clarify that know issue.
You must log in or register to reply here.