I went to replace my serpentine belt and noticed my idler pulley is worn out and creating a groove in the belt. I thought it was a strange wear pattern was wondering if anyone else has had similar issues. 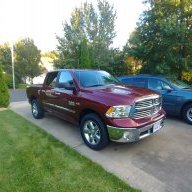 No problem with mine, but then it only has 37000 miles.
How many miles on your rig? 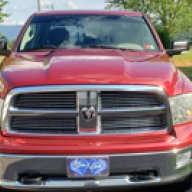 Did the bearing begin to seize (get tight)? The bearings generally give a heads up long before they cause any real problems.
J

Repack: If ya catch it before the bearing starts to go dry, or get sloppy, a guy can can carefully 'pop-off' the bearing grease covers, wash the bearing out with solvent, then re-pack with new grease. It's possible to extend the idler pulley life significantly, probably for another 50k miles or a lot longer.

If yer right there doing the engine work it takes less time than running to the parts store and paying for an inferior product (I've had SO MANY part's store idler pulleys fail in a couple yrs, I only buy OEM). I used to have a lot of problems with idler pulleys, but haven't had one go 'bad' since I've started repacking them 15 yrs ago. If a bearing is starting to get slopy, then ya have to replace the bearing with a new OEM idler, or a guy can replace the bearing itself with the same exact grade bearing for a lot less. Ebay is a good source for hard-to-find automotive-grade bearings.

Or buy a Mopar replacement pulley assembly. But if yer truck is getting some miles on it, and idler is still in decent shape. Take 20-30 min to repack it and you may never have to bother with it again.
Last edited: Sep 22, 2021
You must log in or register to reply here.