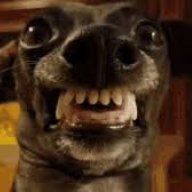 I may have seen this anoying problem posted elsewhere on this forum. I searched and nothing came up. And I hope this is the right subforum to post this.

I bought my 2017 Ram 1500 SLT in February (Title should have been 2017). Since that time, I have noticed that the ignition fails intermittently. When the switch is turned to the Start position, the engine does not turn over. Instead, there’s a flashing/pulsing light show on the dash console, the amber lights over the shift position flash intermittently, and often the wipers activate. This is quite frustrating !! The only thing I have found to do to re-activate the ignition is to remove the keyfob and wait 20-30 minutes.

In Exploring this via Google, I have found links like this one in which a number of Ram owners have experienced the same problem for a number of model years:
https://www.cargurus.com/Cars/Discussion-c21986_ds626300

The culprit appears to be a faulty ignition switch, which probably needs to be replaced. If it is the ignition switch, I’m surprised Chrysler didn’t do a recall !! Chrysler surely has to know about this problem.

some videos that may help you 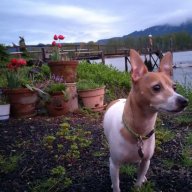 There's no education in the second kick of a mule.

Just as another idea in case it's not the switch. Make sure your battery is in good shape. These trucks throw funky codes and do funky things when the battery gets weak. Could be the initial load applied to the battery when the starter is energized causes a dump in voltage which scrambles the ECU. Simple way to check is put a volt meter on the battery. Just sitting there (not running), voltage should be minimum of 12.2vdc. While cranking, the voltage should not drop below 10vdc and while running should be between 13.8 & 14.5vdc. If any of these voltages are low, you can bet the battery is weak and needs replacement. You can also take the battery to most big named auto parts stores and they'll run a load test on it which can tell you the same.

Good luck and please let us know what you find.

Thanks for responses - GTyankee & JohnnyMac. To be clear, I have the conventional (Keyfob) ignition - not keyless. Johnny suggested an interesting cause. For the hell of it, I just took the Ram to O'Reilly's for a battery check. To my surprise, the meter said "Bad Battery". I say "to my surprise" because a couple posts on the thread I listged above said that, so long as lights, etc. seem fine, the battery is probably OK. Well, maybe it's not OK. As this is a used Ram I bought in February, I really have no idea when its battery was last replaced.

Another thing the O'Reilly guy mentioned is that, if a pickup isn't run very often, that can "depress" a battery's power status. Turns out that I have run the Ram fairly little - mostly using my motorcycle for quick errands this summer.

Per Johnny's specs, I measured this:

So I took my Ram to another place for a battery check and I think the device (Snap-on) was better that O’Reilly’s. The report it spit out said, among other specs, that the CCA capacity is 85%. So I don’t think the battery is causing the ignition problem. The guy suggested that Chrysler’s 5-year/60,000 mile power train warranty for the Ram may cover this. I just checked with a local Docge dealer, as well as Chrysler customer service and was told that the PT warranty does not cover the ignition switch replacement. It was also confirmed that a new switch must be flashed by a dealership service dept.
Last edited: Sep 23, 2021

So are we agreed that this is probably the starter switch? Any other thoughts ??
You must log in or register to reply here.

F
Homelink only failing on my 17 RAM?