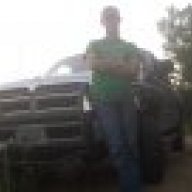 Oldassram said:
I sent a stock kegger out to Utawsome performance in Utah. I got a stage one port job . It wasn't cheap but there is more midrange power for sure. I did that because the air gap intakes are damn near impossible to find.
Click to expand...

Yeret said:
Hughes AirGaps have been on backorder for about as long as I can remember. If I remember it right, they aren't exactly a bolt-and-go part either, something about getting the fuel rails and throttle body stuff to fit right is finicky. Could be wrong though, it's been a while since I read into it.

The M1 2-barrels are our engine's unicorn. I've looked around off and on for years and only ever saw one for auction. It ended up going for somewhere around $750 and I think it needed a bit of TLC.

For all practical purposes, unless you want to do a carb swap, the factory kegger is all you're gonna get. Plenty of people have done plenty of stuff to it and the end result is the same: it's a truck manifold meant to churn out plenty of torque at low RPM and that's that. It simply doesn't respond well to modifications meant to push the powerband to higher RPM. Shortening the intake runners COULD give a slight increase to mid-range power via manipulating Helmholtz resonance, or some such thing, but I've yet to see a before-after dyno chart on this. The best I've come across is "butt dyno" feel, which I suspect is more placebo than anything (perhaps the new pan gasket you installed in place of the old, toasted one while doing the job had more to do with the engine running stronger than before vs the manifold modification?).

Also, if anything that I mentioned was brought up in the video, I apologize. Can't be bothered to create an account to watch it at the moment, LOL.
Click to expand...

The Hughes FI Air Gap intake is plug n play, installed it on my 95 Ram 1500 4x4 5.9L 360 and did not have to tune the PCM or anything, kept the factory injectors and used the 180 degree thermostat, it definitely adds more performance over the factory kegger and mileage is better as well
M

FI Airgaps are (were?) available. Got one for my 5.9 last week of June. Going to install it sometime this fall along with a cam that I have not decided on yet.
You must log in or register to reply here.

B
Cold Air Intake really though?
2 3