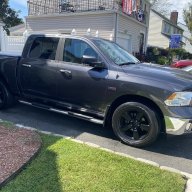 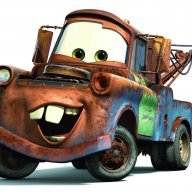 Yogee2020 said:
does anyone know the exact Mopar part number for the kicker upgrade for my 2016 ram 1500 thanks
Click to expand...

thats what i have and love'em 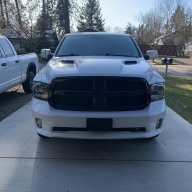 components kill the kicker speakers, esp if bi-amped with the Kicker Key 200.4.
W

The kicker dash speakers were way to bright for me bouncing off the windshield. I went with focal components and skar amp 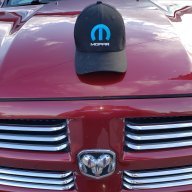 Personally, I feel that Kickers suck. Their subwoofers are just ok, but their 6x9s and 3.5s are no where near as good as some other similarly priced brands and models. I happen to love JBL who is owned by Karman, which is owned by Harman-Kardon which is owned by Samsung! The amp in your vehicle is a Harman.

I have a 2013 1500 Sport with the 8 inch screen, no Alpine. I used to have a 2012 SLT. Both trucks had those ****** Mopar Mexico paper speakers all around. I upgraded to the JBL Studio in my 2013. The sound is amazing even with the stock Harman internal amp. One of the reasons why is the JBLs are 3 ohm speakers and the system is 4 ohm, so they are louder. They are cleaner sounding than the mushy Kickers. And especially the 3.5 dash speakers. They now produce trebble and mids, like voice, beautifully. There is no "kit", just go to Amazon and buy 4 JBL 6x9s and 2 3.5" speakers and put them in yourself. It is plug and play with the two dollar Mopar adapters.

I know how bad the 6x9 Kickers are because I put them in my 2010 Challenger R/T. I installed two Infinity 3.5s in the dash. The Kickers are 4 ohm and as I said before the Infinitys are 3 ohm. What a mis-matched set of loudspeakers. The dash Infinitys are louder than the 4 Kickers.

That is my not so humble experience. Yes, I was an audio engineer in the past so trust me. I would not lead you astray. 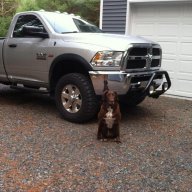 I like Kicker speakers but I wouldn't waste the money on the Mopar set. I did that with my Challenger for the compatibility issues you mention. In my 2014 Ram, I went with Kicker speakers from Crutchfield. They include any adapters needed and were just as easy to install. The speakers were definitely higher quality than the Mopar Kickers. I was told the Mopar Kickers are "built to a price point". As for the 3.5" tweeters in the dash, Crutchfield has "bass blockers". These are resistors already built into the wiring harness and simply plug in line. They make a huge difference and I wish I had known to put them in my Challenger. Going this way will sound better and be cheaper then the Mopar set.
A

I’m another satisfied customer of the Mopar/Kicker upgrade. I have the same speaker upgrade as cityredneck in my 2018 CC. The 6x9s for the front doors are actually mid woofers and put out surprisingly good base. The tweeters in the dash are not overwhelming for my taste and the 6x9 coaxial in the rear doors do a good job of filling in the sound. All plug and play too. One bit of advice is while you have the door panels off get yourself some cheap dynamat soundproofing from Amazon and apply it to the inner part of the exterior door panels. It makes a noticeable difference in road noise and sound quality. It’s peel and stick and two boxes was about sixty bucks.
You must log in or register to reply here.