Lawyer, lawyer, lawyer - yeah get one IF you never want the truck fixed or returned until the case is settled.
As soon as you go that route, all work will cease.

Personally, I think the problem is an incompetent dealer/tech. New engine for $15k for a tick isn't the first thing that they should go for, except that they probably were thinking ok you are out of warranty, new engine will fix it and make some nice $$$$.
Then they found out that you had the extended warranty and were saying crap, now I have to do something - very doubtful that both heads were bad.
One of the prior posts about how to diagnose the sound was spot on.

Have you looked at #7 cylinder and had explained/personally taken a picture of what is wrong with it - can only be a handful of things wrong with the cylinder - and most damage is pretty self explanatory.

Go take pictures and be shown what is wrong. Hint, if the piston top has dings in it, then something went through or fell onto the piston. ALSO take a corresponding picture of the cylinder head for #7 cylinder.
P

And what are you going to sue the previous owner for, unless you have evidence of fraud or that he was aware of an issue and hid it.
Which since it ran flawlessly for 800 miles is going to be a hard prove. Unless you have a work order complaining about a tick. 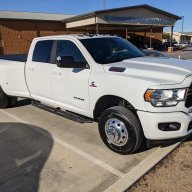 I can relate. The truck in my profile pic is at a dealer 900 miles from home with a failed cp4 injection pump. I'm out about 200 in fuel, 2k from the load I was headed to pick up, several days hotel, rental car and fuel to get home, and so far 2 weeks loss of use (which equates to another 4k lost gross income).

Thankfully just a side gig for me.

I contacted Ram on the advice of the dealership service manager and opened a case. Parts are expected Tuesday. I recommend you call the 800 number to Ram customer service if you haven't already. I don't think the fact you bought it used/private sale matters here.
E

Silver21Ram said:
Guess what ?
The warranty will not/does not pay the dealer unlimited hours of doing whatever to diagnose a problem. They also don't get paid for repairs that didn't fix the problem.
Oh yes, there can be charge-backs !

This dealer is already in the hole with technician time spent now.

And why is that ?
Nothing to date has fixed anything !

In actuality, the dealer has yet to produce a warranty claim that would be considered for payment.

Fast forward to the day an engine is replaced, road tested and vehicle returned to owner. Repair Order is closed.
Now you have a warranty claim to be submitted for payment to dealer.

The dealer Service Manager will be left to make his case ... think plea, in discussions with his Service Rep from Ram division.
You can bet that the dealer will eat a bunch of those diagnostic hours. They always do.
It's gets worse nowadays with young, inexperienced technicians and the manufacturers know this. There is one billion dollars in denied dealer warranty claims yearly in this country among all dealers and manufacturers.

This dealer has always serviced said truck and now with second owner.
There is likely a previous warranty claim with this dealer where the original owner complained of engine noise.

In judging the outcome of this claim, the Service Rep has knowledge of and access to the first reported date and mileage of the original complaint of engine noise with this particular vehicle.

It appears that the original owner elected not to fix it ; instead would sell it.
But maybe not. We don't know this.
This engine could likely have prior repair history with this same dealer and for the same problem.
This dealer might be "eating" more than we imagine. What is really going on behind the scenes is very much unknown to this owner.
There's likely a whole other story here.
In fact, there always is when delay after delay and inaction becomes week after week with no resolve.
I'd be looking behind door #3.
Click to expand...

These computers...uhh, I mean cars are becoming more difficult to service for obvious reasons. You damn near need to be a software engineer along with being a mechanic to be as well-rounded of a shop tech that were prevalent around 2000 and before.

Speaking as a software engineer, dabbling in electronics as a hobby, I'd assert that asking typical auto mechanics to service the PCB in my 1500 '02 TIPM would be a bit of a stretch. And I'd expect them to tell me off if I ever tried; rightfully so.

I have to pull it out at some point to perform some surgery bypassing to allow my tail lights to work properly. The circuit is currently jumped to my cigarette lighter to keep it street legal.

This is a 20 year old vehicle. Our vehicles' steering columns are no longer passive. Think about that...

At some point, we're going to have to pay 200%-300%+ more for the appropriate skilled labor to fix our modern cars. The market just hasn't accepted this, yet.

It's asinine. But, this is also why I'm trying to add auto mechanics to my skill-set on my weekends and pseudo follow in my male lineage's footsteps.

I feel so bad for people who don't have all those layered skill-sets to really fend for themselves. 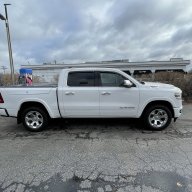 I suspect that all manufacturer/dealership/customer relations are similar and this is not specific to just FCA. 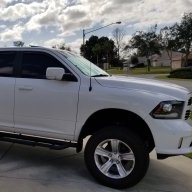 I had to contact my state's CPA and the attorney general's office. over a dispute I had with Frontier Airlines.
They didn't budge for the BBB and my local news never got back to me.
When I received an email from the assistant attorney general saying a rep from Frontier would be reaching out to me with a resolution they did the very next day.

The only issue is they move at the speed of government.
I think it took about a month for them to get back to me.

Like other's have said with December approaching fast an lawyer may be your best bet.
S

I've wrenched 35 + yrs as a Med Duty / heavy truck Mechanic. Went through Tech school in Phx Az. Retired as a Master ASE Cert. I know what jagman is saying about new mechanic. Same goes for parts counter people. I get a kick out of the new guys. The question they ask. I worked in new truck dealerships, Fleets large & small, leasing company's. Then the state. No government in that time. Spent a average of 3 yrs at each place. Twice at 2 different places. Sorry to say if some was posting & pay was a dollar more I was gone. Was able to stay away from flat rate all but once. Started at $ 6 an hour. with a diploma in Diesel, just short of a associate's. Any way I'm a big guy and cars & pick up are little to me. I've always been a mopar guy. I could list em. The main things about mechanics is is the heart in it. If not its a waste of time being a wrench. The last new SUV we bought is a 18 Dodge Journey. The only thing I payed for the extra coverage incase some thing happened to me. No issues at all, has a 4 cyl w/ 76.000 plus mls on clock. Had 1 tire replaced on warranty. I change the oil & filter my self. Had a Chrysler mini van before that. Loved it. Had to turn it over the State Farm after the 4th time it was hit. Had 130 + mls. I guess I've got that 6th sense being around things with wheels. I can feel them talk to me if there good or to walk away from them. Juss of the story is us older guys are cut from a different cloth then the new guys. We grew up with it in our blood I think.
P

Honestly, technically, my 2016 Ram isn't that much different or that much more fancy than my 1984 Turbo Z was way back then.
A few more body components now run on the bus vs. then but really nothing earth shattering - ie. radio, climate control, etc..
Still using the same speed density system. Biggest difference is COP vs. distributor cap and wires but that's not really that fancy.

Now if you want to talk challenging for many techs, the introduction to real fuel injection, etc in 1983 in the Mopar line - but honestly Mopar was light years ahead of most of the competition in that regard back then. Even the single point in the 4 cyl. models used a rather advanced system for the time - not counting the V8 garbage injection back then.
OP
OP
S

UPDATE AS OF 11/5/21 FROM OP:
The dealer finally got the idea that we need something moving, and they came through for us by nagging Mopar to get out there and inspect the engine. Tuesday the guy finally showed up. Thursday they submitted the paperwork approving the engine replacement. So now things are finally moving! The new engine should arrive at the dealer any day, and then they just have to put it all back together. Maybe I'll have a truck again by the end of next week! Thanks for all the advice on here guys. I'll update when they start it back up and it runs! 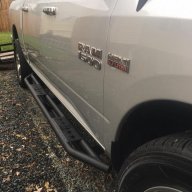 something needs to happen real quick, December is coming up FAST and if it goes past that you know they will argue it is out of warranty and you will have a whole other issue to deal with.
You must log in or register to reply here.