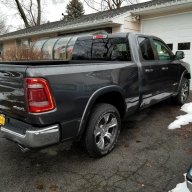 SSEC said:
Oh, one more funny story. After the dealer got the approval for the repair, they ordered the engine and it came in BROKEN. So that was part of the delay, waiting for engine #3. Can't make this up. Thankfully they were able to get another one in right away.

P.S. We get about 3-4 mpg more with this new engine. Apparently it uses fuel better when all cylinders are firing! Imagine that
Click to expand...

This made my Week, Thanks for sharing!! 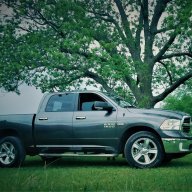 Glad you got your truck back!

My neighbor had a similar thing happen to his truck. Valves were bad, lifters were bad, heads were bad. The dealer went through the same issues that you had. He sent pictures to Ram and everyone else he could get in touch with. Eventually, the dealer bought that truck back, and gave him a MONSTER discount on a new truck. He ended up with a 2500 diesel.
A

SSEC said:
Lol, sorry guys, I'm back! So yeah, truck is running beautifully. We've got about 400 miles on the new engine now. Trying to take it easy until we get to that 500 mi mark. It did use a quart of oil right off the bat, but the dealer was great and topped it off again for nothing. We'll have to keep an eye on that to make sure it isn't an issue, but overall so far so good. Very grateful that the dealer went to bat for us and lit a fire under Mopar.

Oh, one more funny story. After the dealer got the approval for the repair, they ordered the engine and it came in BROKEN. So that was part of the delay, waiting for engine #3. Can't make this up. Thankfully they were able to get another one in right away.

P.S. We get about 3-4 mpg more with this new engine. Apparently it uses fuel better when all cylinders are firing! Imagine that.
Click to expand...

My 2013 Ram hemi needed a new engine too because of a bad cam and lifters (metal fragments were in a oil strainer which required the engine to be replaced automatically) under my lifetime maxcare warranty at 132k miles. But like the OP, the first brand new replacement showed up "broken" and had to wait an extra week and a half until another new one came. I wonder if it's just an excuse for more time or if it really came broken.
D

I feel your pain!

I had a similar dealership drama with my (former) 2016 Canyon 4x4 diesel. It was a champ at towing my 4,000lb Airstream for about 50K miles. Then on a trip from my home in Texas to the west coast last summer the trans started to shudder. It was still under warranty, so I took it to a dealership who replaced the torque converter (that took 2 weeks). The truck drove ok without the trailer for a month or so. When I started to head back to Texas with the trailer I got about 100 miles and the transmission started overheating in a serious way. Went to second dealership who diagnosed a bad trans. After waiting for a week, I flew home, leaving the truck at the dealership. After 6 weeks there was still no transmission available to the dealer. The supply chain for auto parts is a mess!

I wound up trading the Canyon in with that dealer for my current truck, a 2021 1500 Classic. Its not what I wanted, but it's what I could afford that was available. I'm looking to upgrade to a Ram diesel when I have the $$.

FWIW, the 6 cyl gasser is pretty anemic towing in the mountains. Turbo chargers make all the difference at altitude.
G

I was browsing and notice this string.
I bought a 2017 Ram 1500 loaded Longhorn 4WD with the Hemi in November on 2017 after the 2028s had come out. It was beautiful sitting there on the lot so I took her for a test drive. When I started the truck the very first time, I could hear a ticking noise from the engine and I asked the salesman WTH? He said “ah, it’s been sitting on the lot for a while and just takes a while to get oil everywhere it needs it. It’ll be fine!” The try icking noise didn’t last long and we were off on opus test drive. All went well and I bought the truck.
Strange but I drive that truck for months before I started it up one day as a buddy of mine was walking by the front of the truck and he said “I’d get that looked at. Sounds like a lifter!”
So I take it to a dealer. The dealer I bought it at DeMontrond in Conroe TX, has a lifetime warranty on all new vehicles that they sell. The dealer can’t replicate the noise. Do I take her home but I keep listening closer now and I hear it a lot now. So I take it to an independent that tells me to leave it with him. He can’t duplicate the issue. Note noticing that the only time it d makes this ticking noise after its cooled off over night and at the first start up.
So back to the dealership. Now I’ve got probably 60K miles on the truck but now with No other issues. The dealer tells me it’s probably just an exhaust leak but that isn’t covered by the lifetime drivetrain warranty. What?
The engine exhaust isn’t part of the drive trane?
So here I am, 133,000 miles and still have the ticking sound first start every morning, but no other. ‍ 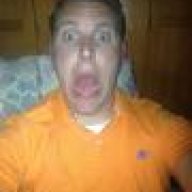 Overall the ticking isn’t always a sign of death. It is just the way these engines are. GM has some similar issues with piston slap that sounds horrid when cold but do not mean the engine is bad or anything. 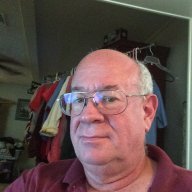 You can monitor fuel consumption as opposed to imperceptible misfiring using Mode6 with a scanner. This gives you the ability to nip problems in the bud and thwart early catalytic converter failure. I catch MAF sensors, spark plugs, and coils just to mention a few, in early demise before misfire monitors turn on the MIL light. HTH.
M

Does anyone know the bolt pattern for my 2014 Dodge Ram Laramie? 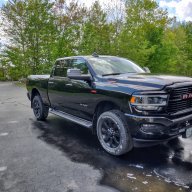 It might make sense to start your own thread with appropriate subject line.
You must log in or register to reply here.