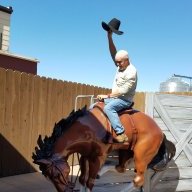 It was evident from the start that Joe Bob was kind but wasn’t very bright. His bumbling and stumbling often irritated people greatly, and so, they became impatient with him. Joe Bob’s mother worried endlessly for her son until one day she went to seek the advice of a wise old woman that lived in a distant town.

.
“Teach him to always speak the truth and to end every conversation with a compliment.” Said the wise old lady.

.
“And he’ll become loved by his community?” Asked the concerned mother.

.
“His word will be above reproach and his compliments will make him welcome everywhere he’ll ever go.” Replied the wise old lady.

.
Heartened by the plan Joe Bob’s mother rushed home and immediately began teaching Joe Bob the old lady’s method. After several months of patient instruction Joe Bob was taken into town to interact with the townsfolk. After entering the small grocery store Joe Bob dropped a dozen eggs as he pulled them from the register.

.
“Joe Bob did you do that on purpose!” Screeched the shop owner.

.
“No, but you must have a beautiful singing voice the way you hit that high note.” Meekly replied Joe Bob.

.
Embarrassed by his angry outburst the shop keeper dropped his head and gave Joe Bob a sucker before sending him on his way. Joe Bob was so happy that he had been forgiven he began using his new manners as often as he could. As he grew older he became renowned for his truthfulness and his heart warming compliments. He was so good at it that he was eventually promoted to the town crier. Any person needing to hear difficult truth would summon him and was always comforted by his kindness. One day a tragic accident befell the most lovely girl of the community. The family of the girl begged Joe Bob to be with the girl during her long and arduous recovery. Joe Bob agreed and reported to the home finding her completely bound about her head in thick bandages. Daily he visited and lifted the girl’s spirits. Every hard truth about her tragedy was softened by his kind compliments. Joe Bob’s truthfulness kept her grounded and made her feel beautiful; and she loved him for it. After several months of rehabilitation the day for her bandages to come off arrived. Joe Bob was summoned to the girl’s side. As the bandages were slowly removed she spoke from the heart.

.
“Joe Bob, I was once the most lovely girl in the community. I feared I had lost that after the accident but your kindness has shown me the true beauty with-in. I love you, Joe Bob…”

.
Free from the bandages she looked into Joe Bob’s eyes. 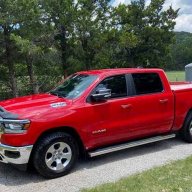 Accuweather says the snowstorm coming down the midwest today is classified as a "Saskatchewan Screamer", not an "Alberta Clipper", because.............(wait for it)..............it originated in Saskatchewan.

@turkeybird56 - forcast for snow down to Little Rock AS, with the cold blast hitting you all.


Edit: replacement bumper parts came for my truck already! Truck in shop early this AM.
Click to expand...

YUP, cold wind, wind chills, but nothing like in the middle of the country though pretty cool for here.

DUH, another individual forgetting the #1 Rule on weapons safety, insure cleared/unloaded before "playing" with it. 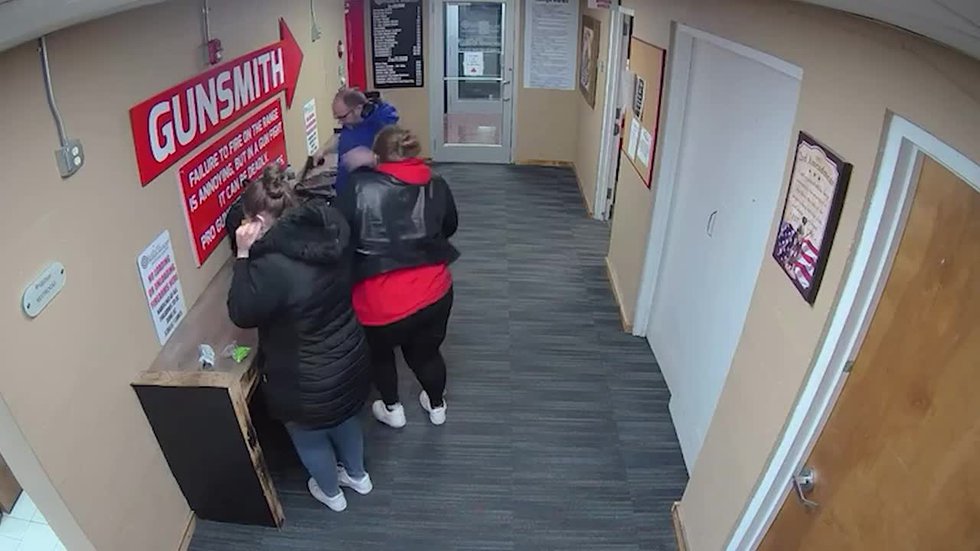 An Ohio man was caught on camera accidentally discharging his gun, injuring himself and a woman standing nearby.

Accuweather says the snowstorm coming down the midwest today is classified as a "Saskatchewan Screamer", not an "Alberta Clipper", because.............(wait for it)..............it originated in Saskatchewan.

@turkeybird56 - forcast for snow down to Little Rock AS, with the cold blast hitting you all.


Edit: replacement bumper parts came for my truck already! Truck in shop early this AM.
Click to expand...

I believe your storm is heading our way. Going down to 10f and staying till Sunday night when we’ll get some snow according to our accuweather. Thanks for sharing ! 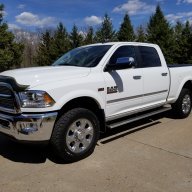 huntergreen said:
I believe your storm is heading our way. Going down to 10f and staying till Sunday night when we’ll get some snow according to our accuweather. Thanks for sharing !
Click to expand...

I just started a fire. Down to 15 degrees already.

HEMIMANN said:
I just started a fire. Down to 15 degrees already.
Click to expand...

I just strung a line and hung up Comforter from Bed to Dry after washing. 75 F plus 15-20 mph

HEMIMANN said:
You must be registered for see images attach
Click to expand...

No SUH, I'll just look at Pictures. Had my days of driving in Ice Tunnels and busting through plowed drifts etc in my NY Northern USAF Years.

turkeybird56 said:
No SUH, I'll just look at Pictures. Had my days of driving in Ice Tunnels and busting through plowed drifts etc in my NY Northern USAF Years.
Click to expand...

You got blast furnace and hurricanes now.

Seats are only full leather if it says all or full leather
Joey responded, “Nope, there is very little leather in these new trucks. The majority of the front seats is leatherette & the entire back seat is leatherette. An exception is the Limited & maybe the Longhorn. The Limited has really beautiful leather seats.”
It turns out that buying truck seats is a lot like buying a leather couch. Often what you sit on is leather, but the sides and back may not be.
Rob, from Arizona, says, “Limited and Longhorn are the only Rams with full leather front and back. Laramie and the Sport optional leather seats have real leather on the front seating surface only. Sport standard seats with the cloth inserts are leatherette (fake leather or more commonly known as vinyl). Everything else is either vinyl or cloth.”

Extra appreciates the other owners being straight with him. “Thanks guys. I'm trying to special order a Laramie with real leather seats, telling them I want the Limited's seats (or cloth, that'd be fine; just don't want the leather trimmed).”
Trim levels include different quality levels
Jake, from New Jersey, says that the seats were the deciding factor for him when he was checking out the trim levels. “I wanted a Laramie. IMHO it's the sharpest looking of all the RAMs. However, during my extensive research I was told that the Longhorn had way better seats. I upgraded to the Longhorn specifically to get the better seats. Additionally, there are several threads out there (with pics) complaining about the Laramie seat-bottoms stretching and bagging. No such complaints exist about the Longhorn seats.”
Monster, from Michigan, seconds Jakes opinion. “I can tell you, there is a significant difference in seating comfort between the Laramie and the Limited/Longhorn seating.”