GTyankee said:
BossHogg
Delivery times may be a bit longer this time of year.

On or about December 17th, the Ram Assembly Plants will close down for the Holidays, i would think that they will go back to work on or about January 3rd
Click to expand...

replaced., don't you wish you could get that much time off for Christmas? I work 7 days a week 9 hours a day and make 7200 per week. No days off all year, none at all. If I go home sick the business has to close, since I'm the only one who can do my job.
F

Don't worry President Biden has a plan, and its working.
J

GTyankee said:
KC Kevin
The news is very mistaken when it comes to truck drivers

By the way, the number of cargo ships in the Harbor has been getting smaller in size, but it is not because they are unloading them faster than ever before.
It is because the US Gov't has told the ships leaving overseas ports were told to cross the Pacific Ocean at 50% of their normal speed.
That way, there are not as many ships anchored in the L.A. port.
Right now, it is all about Optics
Click to expand...

The problem is not the trailers. The problem is the California regulations. The will not allow older trucks in the ports due to smog regulations. Next California passed a law stopping independent contractors or owner operators from working at the ports. And the bigger companies will not buy a new truck, send it down to the port with a driver that is an employee of the company, pay them and give the benefits to sit for 6 hours waiting to get loaded up. There is not enough money in one load for those trucking companies to do it. 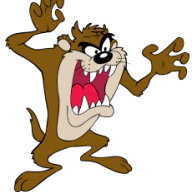 cali regulations have caused many truck companies to not haul to cali. my wife's family owned 20-22 refrigerated 18 wheeler rigs. they hauled cooking oil and peanuts to there and produce out of there for over 50 years. the state does not allow rigs older than 3 or 4 years I think. also they are putting in place rules blocking owner operators to protect the unions and the docks are controlled by the unions so it doesnt matter how many shifts the president gets them to run, they will only offload so much and put so many containers on rigs..and only union ones to boot. when the last round of new regs and fuel increases hit, my wife's family quit hauling to there and back. 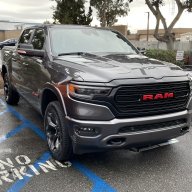 GTyankee said:
KC Kevin, when your Ram is loaded on the freight train at the Assembly Plant.
First stop will be just outside of Chicago, where they will change Locomotives.
It will then go south down through Yuma, Arizona & up through Banning & through Moreno Valley & into Mira Loma, where it will be off loaded from the freight car.
It will sit there in Mira Loma until a car hauler can be scheduled to haul it to your dealership

Good Luck with a quick delivery

My Ram left the assembly plant on the 17th of December 2015 & it was delivered on January 16th 2016 at my dealership in the San Diego area
It was in Mira Loma for a full week
Click to expand...

Thank you GT
The first truck i looked at was already in Mira Loma- they were quoting a week to get it to the dealership. When I saw the (Red) Edition in transit I swapped out my deposit.

I will see if the dealership can tell me when it left its last known location. That might help give me a feel.

I was watching the news last night and the folks at Union Pacific RR were talking about how all this supply chain crap is impacting them. Clearly a wide spread problem no matter how you slice it. 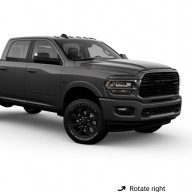 I tried to order a 2022 Laramie 2500 Mega Cab with a Hemi and when I went to the dealer it wouldn’t allow them to order the night edition package.

That sucks!! This would of been the first truck I ordered and it’s such a disappointment.

I hope thing change, I have no idea what I want now. I built the truck with the Sport Package but I don’t want any chrome. Ughhhhhh

Has anyone else heard of this??

a few years back, i wanted a Bighorn eco-diesel with the sport package

I got almost everything that i wanted, except that it came with Chrome bumpers.
They told me the eco-diesel only comes with chrome, you can't get it with painted rear & plastic front bumper.
Stupidest thing i ever heard of.
I wanted Orange, but there was no Orange option, so i ordered a RED paint job, they said that they had a brand new red called Delmonico Red Pearl & that no one had seen that color yet, i said OK, It was delivered & i saw a Maroon Ram & i ask where the hell mine was.
$7,500 later, i had the original color that i wanted & it had Sport Style bumpers.

This is not Red, this is Maroon, it should not be called Delmonico Steak, oops RED 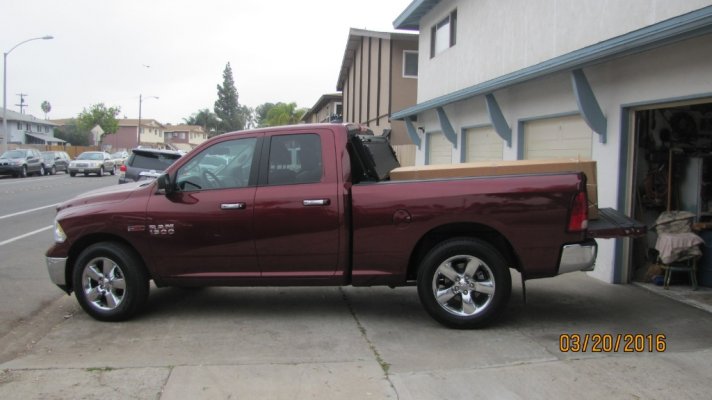 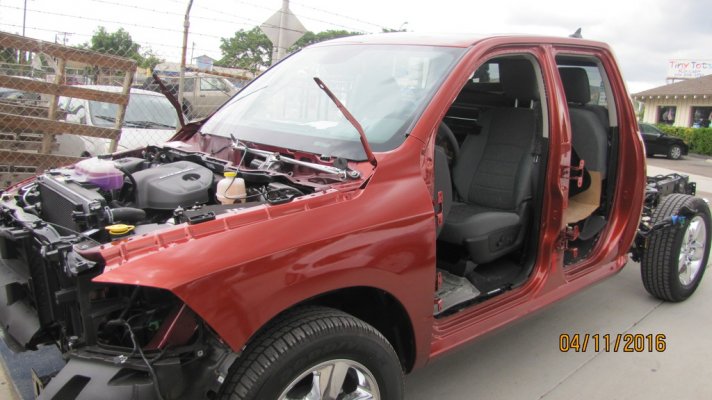 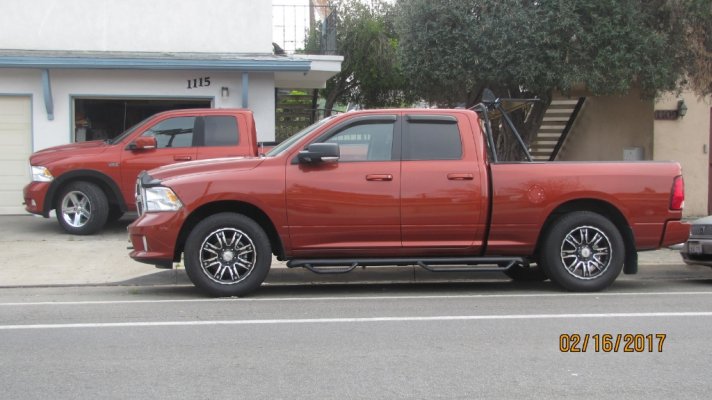 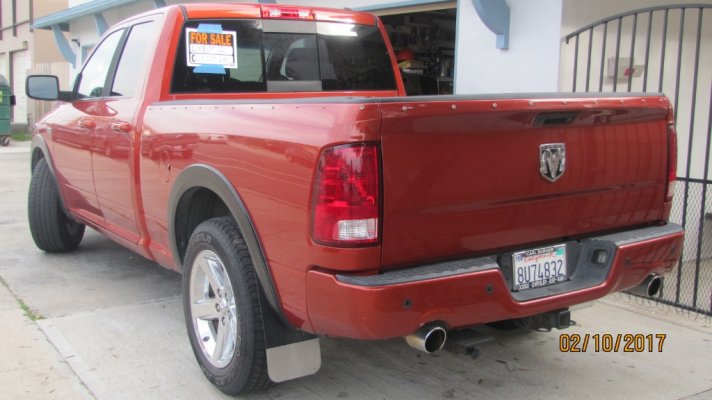 So until the Ports & Gov't comes up with a plan, everything is backed up & there is no ExLax any where.

1 idea is to call for idle empty ships to go to the ports & just haul empty cargo containers to the overseas ports & return empty for some more containers, etc. Until enough empty containers are removed from the Ports & city streets. Them operations can return to normal.

My new Ram is (purportedly) in Southern California now. It has (purportedly) left Mira Loma (about an hour away) over a week ago, but no one can say where it is, or when it will get to the dealer. LOL. Who's on first? Seems quite amazing that in this day and age, they wouldn't be able to provide a more precise response, but here we are.

I called the dealership today and they said the delay was due to the 2022's arrival and a shortage of carriers to get them to the dealerships. Purportedly.

This is me, holding my breath. Not.
W

Update on 2022 order. I ordered my 1500 classic on Oct 20. I was just informed today it is in D1 status and tentatively scheduled to ship on Jan. 14. It appears they are moving at least at the Warren, MI. plant.
You must log in or register to reply here.