An installer I know is telling me to swap out to free wheel hubs on my 2012 Ram 4x4 Cummins. He's telling me that along with reduced wear and tear, I'll see significant (up to 4 mpg) increase in fuel economy. While I wouldn't mind a few more mpg's, I'd like to know what else I'll get for 2g's...

Any input would be appreciated. 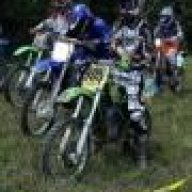 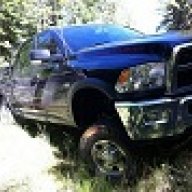 Losing the hubs does reduce wear and gain MPG, but you lose your shift on the fly capability. Plus it is a solid $2k+ for parts only from what I have seen. There are better mods for the money spent IMO. 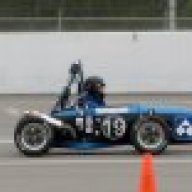 If you are willing to spend the money, and you plan on keeping the truck, I think it is a worthwhile upgrade. I had hubs on my 85 Chevy K20, and I rebuilt the front end at 400k miles.

Then I had a new 03 3500 SRW CTD 4x4. I really used my truck for towing, and a fair bit of offroad ranch use, northing extreme though, just ditches, and general type stuff, snow, etc. At 66k I had to have the front end rebuilt. The races on the outside of the U-joints in the stub axles were disintegrating.

I traded in the truck at 70k miles, and replaced it with an 05 drw ctd 4x4. I used the truck the same way as the 03. One day when I was not in 4x4, but was doing slow driving out in a field. I was turning hard at low speed with my window down, and I heard an odd grating/crunching noise. I got out, and had my mother drive instead. She performed the same maneuver while I walked next to the truck. I found the same problem as with the 03 at basically the same mileage.

It seems to me that even occasionally letting the front end bind up can cause serious problems, and not having hubs only accentuates the problem. There were a few times say in a parking lot or something, I would have it in 4x4 to get going/maneuver then maybe you hit some good grip, and you feel the xfer case bind. This only happened a couple times with each truck, but it was enough that both trucks had the same problem at about the same mileage.

I think if you can afford the hub kit, it is well worth the money, especially if you plan on keeping the truck. People complain about getting out to lock their hubs, but I am not sure what there is to complain about. Any time I thought I might be approaching a situation in which I would need 4x4 I would just get out, and put them in. It is not a big deal.

B
Another tire question
2