Just got Alpha OBD, have some questions about what features I can add and how to add them. 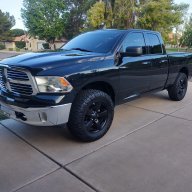 Jim BB said:
i have a 2019 classis express with 5.7 Hemi 8spd trans what can i change or add with a alpha odb Ie alarm settings rain sensor mirrors and audio? these are things i would like to add ! will i need dealer codes?
Click to expand...

Please Read!!! Supported years: 2013 to 2018 Make a backup of your original BCM configuration before making any changes. While we have a few BCM configs to compare with, there is nothing like comparing to your own pre-changes. Instructions: Uploading System ID (BCM) Information: Thank you... 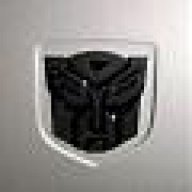 Jim BB said:
i have a 2019 classis express with 5.7 Hemi 8spd trans what can i change or add with a alpha odb Ie alarm settings rain sensor mirrors and audio? these are things i would like to add ! will i need dealer codes?
Click to expand...

Go read through the first post of this thread: https://www.ramforum.com/threads/alfaobd.123982/
Some things have changed but pretty much the what and how of making changes are still the same. 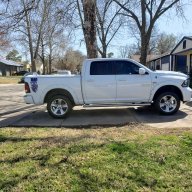 www.zautomotive.com
Does some things AlphaOBD does not, and vice versa...
likw Moving Nav...
P

18harvest said:
Isn't there a weather alerts on off thing in the nav menu?I haven't noticed any settings for fan temp or active shutters.for the most part if you have a loaded truck other than tire size,tpms,axle ratio and a few other things I think thats it with alpha obd.its awesome for us with a tradesman or express though.
Click to expand...

As someone with a Rebel, which seems to be a "loaded" truck... I'm still looking at Alfa (or a competitor) to be able to do things. RAM (Fiat/Chrysler) really missed the ball on things we should be able to do in our trucks IMHO. I actually wish I had started with Alfa, instead of starting with LED's, as I feel dumb for buying all these CANBUS compatible LED's (they add a resistor IN the plug area, so extra heat IN the plug itself to "trick" the CANBUS system, by increasing the power draw to be equivalent to the old Halogen/Incandescent bulbs). If I had started with Alfa, I could have just set LED mode, and bought cheaper LED's.

They "want" us to come in for them to do the work (which I understand from a business perspective), but from what I have heard, most of the dealers can't/won't do half the stuff we know is possible. (IE basically help us take a base/lower model truck, and convert it to a higher model.) And GM is no better from my sister trying to get Tow Mirrors on her Sierra. (She has auto folder standards, but they tell her she can't have auto folder tows, which they actually seem to have, unlike RAM.)
You must log in or register to reply here.