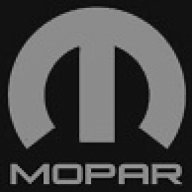 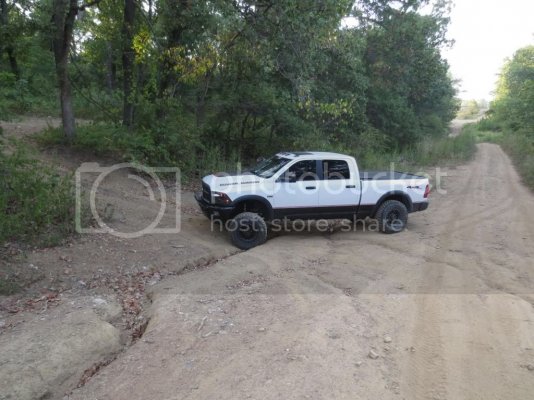 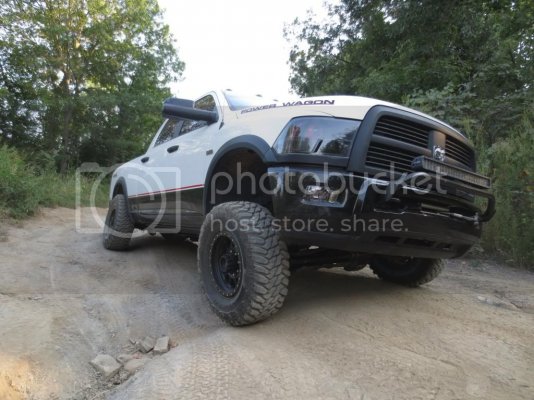 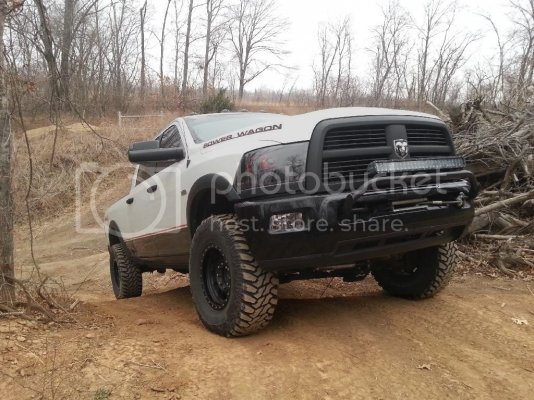 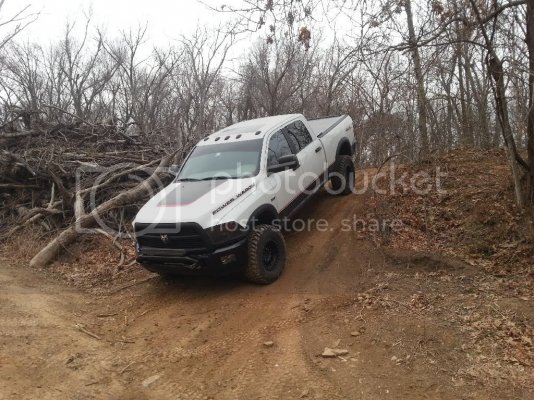 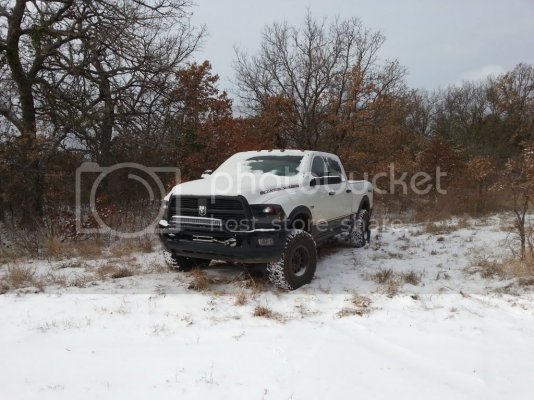 Sent from my Samsung Galaxy Note 3. 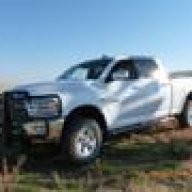 Had this about 2 1/2 weeks now. Without a doubt the best and nicest truck I have ever owned. I've been a true Chevy fan buying a new one every 2 years. Gave up due to front ends not holding together. This baby rides better in the rough than my 2011 1/2 ton Chevy. A bit harsh in the rough pavement, but still have 70 psi. 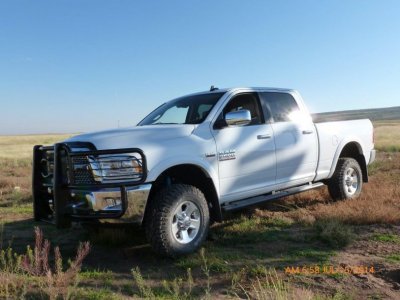 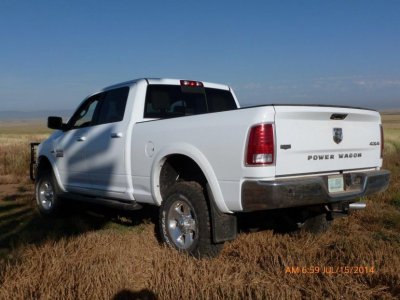 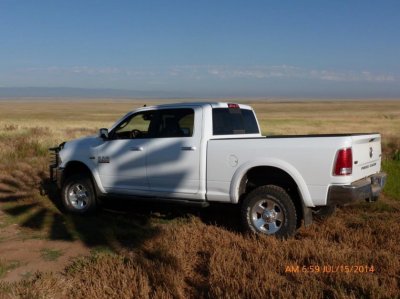 I just bought my 2005 PW last month, I'll upload some better pics once I get some new rubber next month.

I've been replacing the lower door skins because of some rust and installed a DiabloSport inTune programmer as well as just ordered some LED lights that I should see next week. 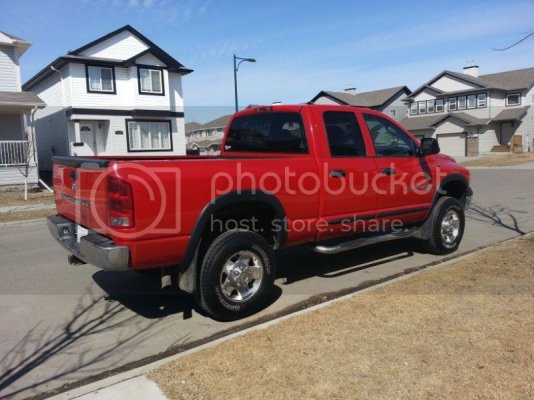 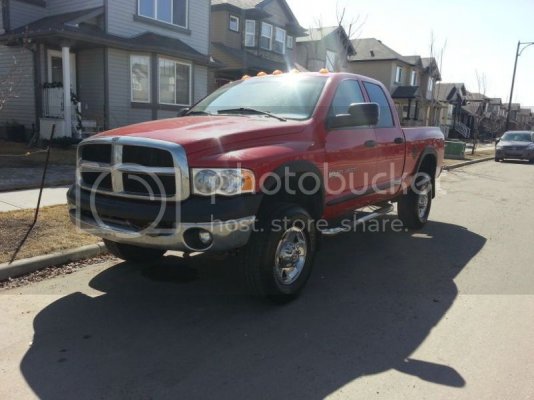 Check out post 16 for more pics. I just completed the new lower door skins and box liner spray, installed new 12" led bar behind the grill and welded on some D links on the rear, still need the new 35's, should be no more than two weeks. 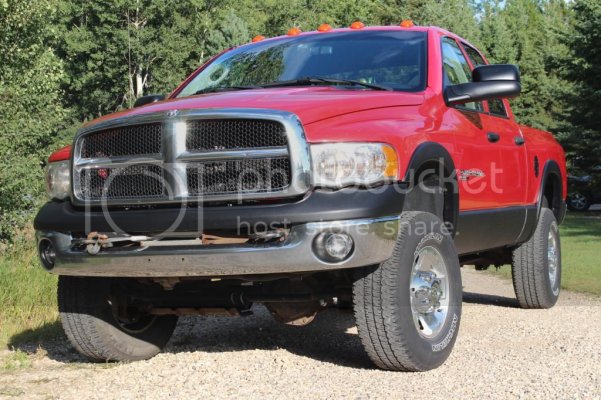 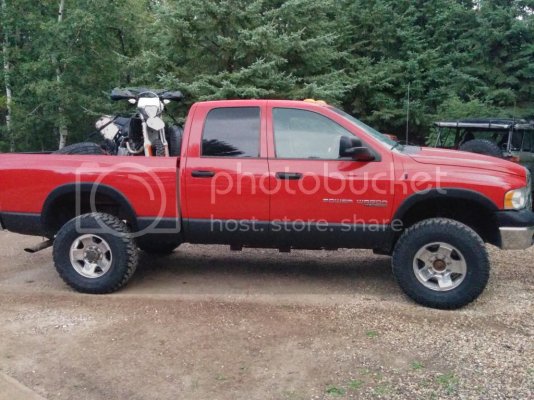 It's Aug 31st (see post 18), went out to scope out some areas for hunting this fall, found a little mud and the Coppers worked really well. 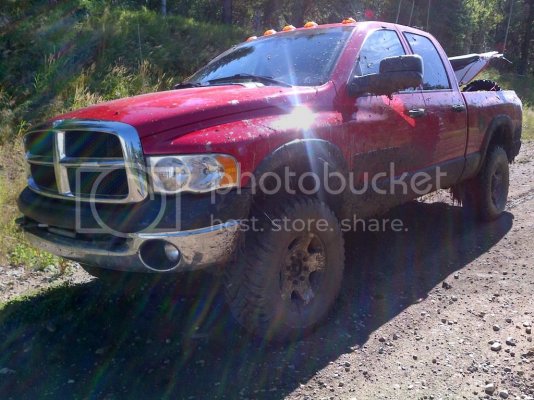 I've got some little things I still want to do to it but It's finished for now, I'll probably install a couple more inches of suspension, 37's or 40's and a couple bumpers in the future. 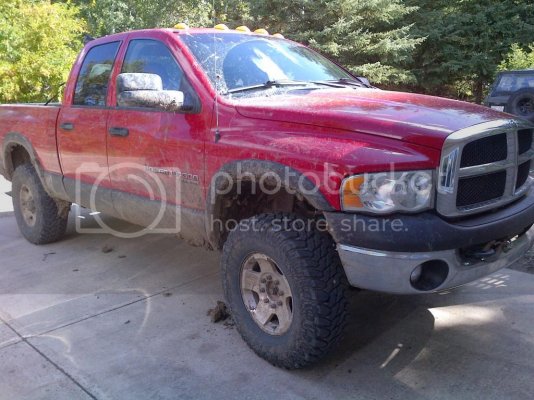 Oct 2014, I've been out hunting for the last couple of weekends and took some photo's, spent more time fooling around with the truck instead of actually hunting. 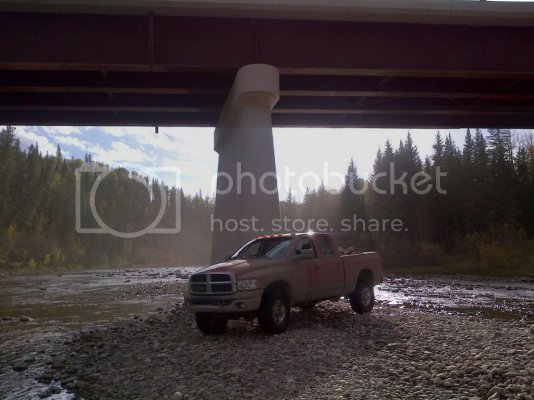 After crossing the river (water mark) 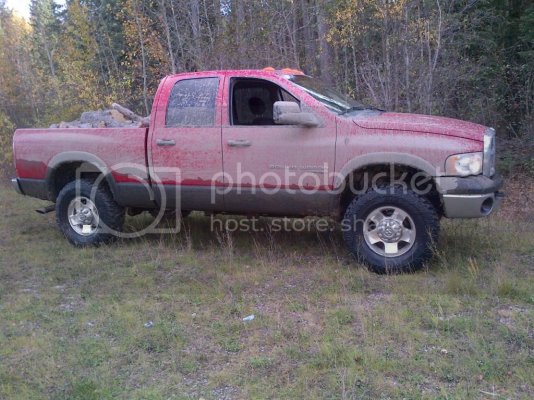 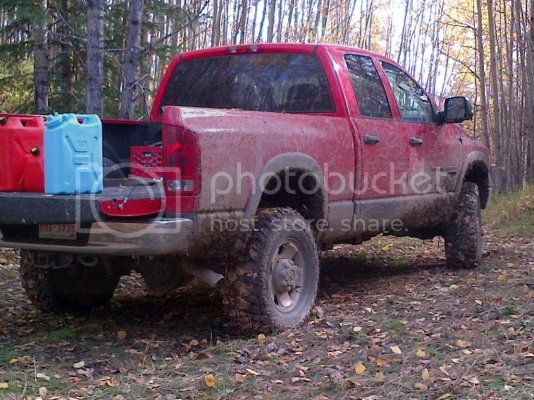 It pulls my lifted trailer nicely. 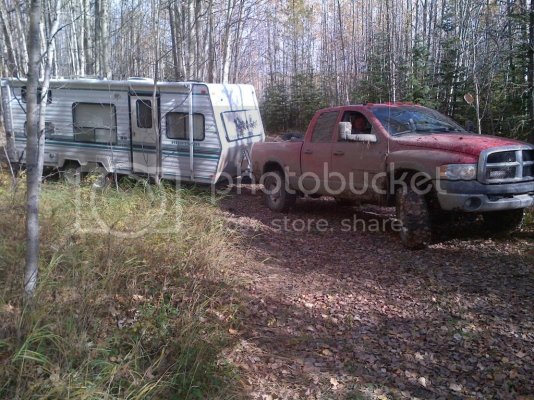 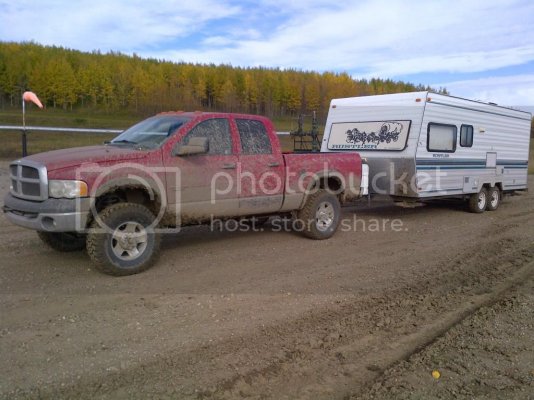 Short of having a deer in the box, I think the engineer's at Dodge would have been proud, I was out there pulling my trailer, clearing mud holes, pulled out an 'Outdoorsman', hauling a box full of logs and I even used the winch once because I got into some soft stuff with out having the lockers engaged (they wouldn't go after I was in it). 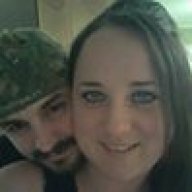 Just picked her up yesterday 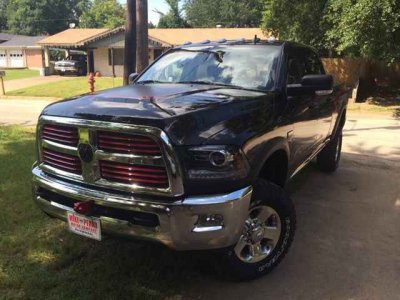 i always wanted a power wagon, i love those things

At the dealer before test drive even. 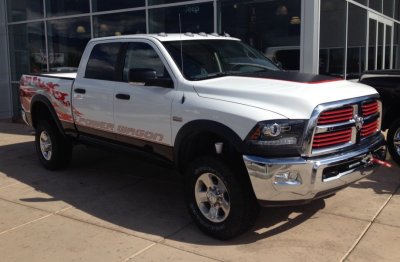 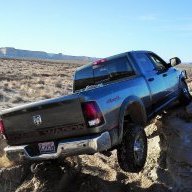 HemiBabe; I usually bury all my various shots in my own threads down below. But, since you asked... I can play along, with a few good ones from the last year for you.