At around 3000 miles I had a suspension stabalizer system warning light come in and stay in every time I started the truck up. Unfortunately it took about 3k miles to take it in due to my wifes car being on COVID hold at the shop. The dealership tested everything, and then told me it was a known issue and RAM was trying to determine a cause and correction for it.

About a month later (November 2021) I drove the truck on a 3 hour round trip on a Saturday. The next morning the truck had ZERO power. Nothing, no locks, no interior lights, etc. Multimeter showed 2 volts. I jumped it with my box, let it run about 10 minutes and shut it off. I then started it again, and it started fine. Battery meter was showing around 11 Volts. I am sure this was just charging juice from the alternator. I wanted to shut it down and see how it would start again, but it would not shut off. In my mind I had a runaway diesel happening (JK, not quite to that worry yet, but it was a thought.) It did turn off automatically about 10 minutes later. Question #1- Is there such a timer sequence to not allow the truck to turn off with a low batter voltage? I continued to charge it, and had a tow truck come tow it to the station. The dealership said it was a bad battery and replaced it.

About 2 months later, it was dead again. I had it towed to the dealership, so they could look at it again. It was around 8 volts this time. They had the truck for 3 weeks and could not find every draw issue. They did replace the RF console and that cut the draw down from 5 amps to about .75 amps. The remaining amps would fluctuate and disappear. When I picked it up, it hesitated to start, threw an engine trouble light and water in the fuel filter light. They took it back in the shop and "drained" the water and reset the engine trouble light. I took it home.

12 hours later, it would not start and had 10 volts on the battery meter. I jumped it and drove it in, and they still have it. As of right now, they can not duplicate any issues, but I am at a loss of patience with this issue. I have a STAR case in, but now they are asking me where I keep my FOBs in the house, do i keep the FOB in my pocket when I may not be driving the truck (just walking around the yard/garage), etc. It just seems like it shouldn't matter where I keep the FOB. I should be able to leave it in my truck for 2 weeks without it killing the battery.

Any thoughts, questions, experience with this? I am sure I have forgotten some details as I am really frustrated. I love the truck, and want it back, but I really am losing a lot of faith in MOPAR right now.
R

A new Battery, as the RAM has a run of bad (cheap) batteries.
Had a like problem with my 2020, Hemi. Purchased a Gas Mat
at Costco for &175. out the door, and just for grinds we checked
the draw and in less than an hr. it was under 50 ma.

^^x2 on replacing the battery. Even if it's out of pocket. There are lots of stories on this and other 5th gen forums about people having strange electrical problems, which go away when the OEM battery is replaced. I'm not going to recommend a specific battery to go with, just to stay away from another OEM battery. 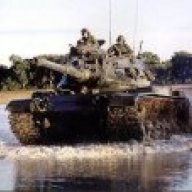 Did they replace the battery at any point? They should have! A battery drawn down that low will will never recover 100%. I would start by replacing that and troubeshooting your draw further. A sleeping car/truck shouldn't draw more than 80 miliamps.
S

Tell 'em you're gonna put that FOB up their @ss if they don't get it sorted out.
OP
OP
E

sfljsfdkjs said:
Tell 'em you're gonna put that FOB up their @ss if they don't get it sorted out.
Click to expand...

chopperman1 said:
Did they replace the battery at any point? They should have! A battery drawn down that low will will never recover 100%. I would start by replacing that and troubeshooting your draw further. A sleeping car/truck shouldn't draw more than 80 miliamps.
Click to expand...

They have replaced it twice, but it is just the OEM battery. I am hearing a lot of MOPAR issues with batteries, and that a premium aftermarket battery solves most of the issues. 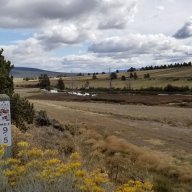 erlltroll2002 said:
They have replaced it twice, but it is just the OEM battery. I am hearing a lot of MOPAR issues with batteries, and that a premium aftermarket battery solves most of the issues.
Click to expand...

I have had random OEM parts that were awful. It was hard to wrap my mind around the suspicion of an OEM outfitting their vehicle with an inferior part and then distributing that same inferior part to their parts inventory for distribution.

Batteries seem to be popular lately on the inferior OEM parts list.

I have no specific recommendations except to be clear on a replacement part warranty and return policy. YMMV. Most of the time I feel you get what you pay for, just don’t pay way too much for what might be better. 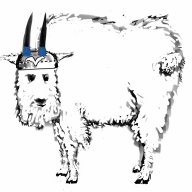 Incompetency on part of the dealership
I would reach out to Ram Cares and ask them for an opinion through a private message.

You should see 13v or better on your charging system dash gauge when the truck is at idle. 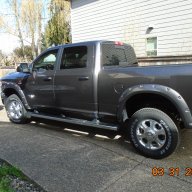 erlltroll2002 said:
They have replaced it twice, but it is just the OEM battery. I am hearing a lot of MOPAR issues with batteries, and that a premium aftermarket battery solves most of the issues.
Click to expand...

I got 12.5 years out of my 06 Mopar batteries only replaced them as part of preventive maintenance...
You must log in or register to reply here.